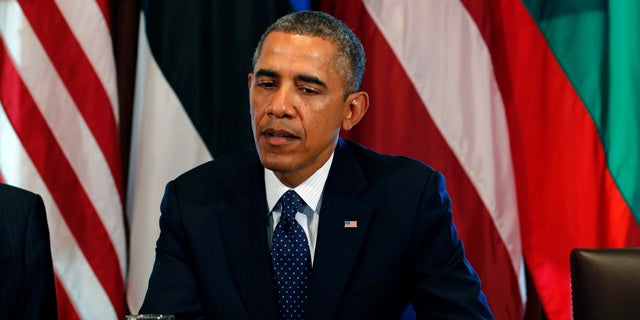 President Obama addressed the nation on Friday to discuss his plans for the country’s intervention in Syria following revelations that the country used chemical weapons on its own citizens.

Obama said last year that Syria’s usage of chemical weapons would be a “red line,” forcing America and other nations to intervene. With evidence that Syrian president Bashar al-Assad’s administration killed more than 1,400 people and injured thousands more with some kind of chemical weapon, Obama said there would be a response from the United States.

It’s unknown which other countries, if any, will assist. The United States’ strongest ally, Great Britain, voted against military action, leaving France as the United States’ only major ally.

Obama said a “limited and narrow” response to Syria is currently planned, and “we’re not considering a boots-on-the-ground approach.”

The news and cable networks will be covering the events as they unfold. Here’s what they have planned so far:

ABC: Terry Moran and Alexander Marquardt will report from the network’s newly re-opened Beirut bureau. BBC’s Jeremy Bowen, who was recently shot in the head while covering Egypt, will contribute from Damascus.

CBS: Elizabeth Palmer will report from Damascus; CBS is the only broadcast network to have its own correspondent inside Syria. She’ll be contributing to CBS News programs and a special report the channel has planned for Friday afternoon. Foreign correspondent Clarissa Ward will report from Beirut as well. Ward is quite familiar with Syrian affairs; she reported from rebel-held territories in 2011 and won a Peabody for her work.

Al Jazeera America: AJAM deployed reporters to the Middle East when the situation in Syria began to escalate; they’re currently stationed in Beirut and Jerusalem and working to get someone into Syria. The channel will also use its Al Jazeera English resources to supplement its coverage.

CNN: The channel recently won awards for its Syria coverage and will have correspondents stationed in the Middle East as well — “probably too many to mention,” a spokesperson told TheWrap. CNN plans to incorporate Syria into its programming throughout the day and weekend, depending on what the situation calls for, and will have contributions from its correspondents who have reported from Syria in the past. Christiane Amanpour, Fareed Zakaria and Wolf Blitzer will be checking in to provide their expertise throughout.

Fox News: Leland Vittert and Conor Powell will report live from Jerusalem throughout the weekend as the news warrants.

MSNBC: Will have “full coverage of events as warranted.”