Over the course of a meandering career that has spanned most of four decades, T Bone Burnett has been associated with some of the most successful collaborations between music and movies (“Walk the Line,” “O Brother Where Art Thou?”), as well as some of the worst (the cartoonish Jerry Lee Lewis biopic “Great Balls of Fire”). A singer and songwriter with a string of terrific albums on his own, a producer who’s won a couple of Producer of the Year Grammys, and a musical man-about-town, philosophizer and raconteur, the idiosyncratic Texan is behind the music that makes the upcoming “Crazy Heart” one of the most realistic and heartfelt depictions of a musician ever put on film. 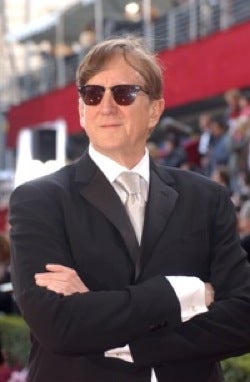 You and Jeff Bridges go way back.
We met in 1978 on “Heaven’s Gate.” We were up in Kalispell, Montana for six months, with Kris Kristofferson and his whole band, and there was nothing to do. So we started writing songs and playing music. I guess that’s where we started rehearsing this film. And we’ve been loosely collaborating in a band, or as musical friends, since then.

You also worked on the music for the film that has one of his most iconic performances, “The Big Lebowski.”
That was our first musical collaboration in a film, where Jeff was developing a character and I worked on the musical part. Like, okay, we know the dude is completely blasted, so he’s gotta have great taste in music. So we started out with Captain Beefheart, “Her Eyes are a Blue Million Miles.” The songs grew out of the character, who he was and what he would listen to, and they all became part of his character. So that was training for this, too. But this time we wrote the tunes, instead of just finding them.

What was the writing process like?
We had a writers’ table, really. Stephen Bruton was my first call after we found out the movie was going to happen, because he was on the road for 15 years, in a Suburban, with a Sparkletts bottle in the front seat. He lived the life of Bad Blake, and he was Jeff’s touchstone throughout the whole process. [Bruton died of cancer before the film was finished.]

So [director] Scott Cooper, Jeff Bridges, Stephen, John Goodwin, Ryan Bingham and I all just sat around a table for about three months, and talked about who Bad Blake is and where he came from. And you know, when you’re writing lyrics, you’re really writing part of the dialogue, so we had to tell the story without telling it blatantly. So the first line that Bad Blake sings, which came up in conversations around the writing table, was “I used to be somebody, but now I am somebody else.” Which, you know, is the kind of self-fulfilling prophecy that all modern songwriters are trapped in. The turmoil, the mud that you’re writing out of always contains the seeds of your future. We let him start with that self-fulfilling prophecy, writing before the fall about after the fall.

Clearly, you weren’t just sitting around trying to write the five best songs you could. Each song has a specific purpose: here’s the more bluesy song from early in his career, here’s his first hit, here’s where he went toward pop music …
Yeah, that’s exactly right. As we worked on Bad, we decided that he comes from a blues place, from Lightning Hopkins, because Townes Van Zandt loved Lightning Hopkins. So the one time that Bad Blake is actually listening to music, he’s listening to “Once Was a Gambler,” which is where he came from. One of the other songs, “I Don’t Know,” we decided was a big hit in the ‘70s. We went back to 1960, really, and stopped there and tried to create a unique figure in country music.

The last song in the film, “The Weary Kind,” has to be the song that sums things up. It can’t just be another good song – it’s got to be a great one.
Yeah. It was a great relief with Ryan Bingham walked in with that song. Because it was obvious that the song he was writing throughout the second half of the movie had to be a great song full of redemption and future. And if we didn’t have that, the whole thing was going to fall apart. This whole ride was gonna lead nowhere.
And part of the beautiful way that this has happened, out of no expectations whatsoever, is Ryan Bingham had had the script for a few months, and he walked in with “The Weary Kind.” It wasn’t finished, but it was obviously a classic song. And it just fell into our laps.

I think back to seeing you on the set of “Great Balls of Fire” back in the ‘80s, and how for a musician it must really hurt when a movie deals with music but gets it so wrong.
Oh, that was super painful. But that was a good training for this, too, because I learned how important it is to keep every bit of it completely real. Like, if Jeff had been playing a completely new Stratocaster in this movie, it wouldn’t have worked. He’s a road-beaten musician, and he needed the right tool. That was critical for the characterization.

And yeah, when you’re a musician and you go see a movie and the guy is playing a guitar that’s obviously just out of the box, he might as well be in a space suit or something. All of those details especially stand out.

How did the move make its way from Country Music Television to Fox Searchlight?
Well, in the beginning [producer] Judy Cairo had some funding from Europe and another deal with somebody else – there was some money, but there wasn’t enough to make the picture. And I knew that CMT had done “Pure Country,” with George Strait, which had done very little at the boxoffice but had sold millions of DVDs. And I had great experiences with them on “O Brother, Where art Thou?” and “Walk the Line.” They have a big audience, and they know how to reach their audience. I knew that if we took it to CMT, at least it would see the light of day. Even if we only had a one-weekend theatrical release, they would play it 150 times on CMT. And I didn’t want to work on a film that just disappeared. I’m 60 years old, and I don’t want to do that. I did that plenty back in the old days.
So I dent the script to Brian Phillips at CMT, and he said, “Let’s do it.” Another complete shock. We worked that deal out and made that film, and then as we were finishing it up, Paramount, who owns CMT, closed Vantage, which was their sort of independent film division. So the film was at sea for a few weeks there, and then Fox came in.

Did the process surprise you?
Everything about this movie has been a surprise. When Jeff and I read the script and said, “I’ll do it if you do it,” I don’t think either one of us thought anything would happen. But then suddenly Maggie Gyllenhaal was doing it. I thought, what? I had no view of it beyond doing a true, honest, hardcore, gritty movie like “Payday.” And then suddenly Maggie came in, and then Colin Farrell wanted to do it … And all these events were collapsing into this vortex of “Crazy Heart.” It was so much incredible fun to do something with no expectations whatsoever, and have it see the light of day and touch people. People seem to care about it, like we all did.

I remember that a couple of days before the Oscar show a few years ago, when you were nominated for writing songs from “Cold Mountain,” you came up to me at rehearsal and told me about a party you’d been to at Errol Morris’ house, where he coined the phrase “Oscarosis” to describe a certain failure of nerve. I don’t think things were going very well at that particular rehearsal, and you said to me, “I think Oscarosis is setting in.” With everything that’s happening with the film these days, are you ready for another bout of Oscarosis?
Yeah, I am. You know what? Jeff Bridges is a great friend of mine, and he’s an extraordinary actor, and he’s led this charge the whole way. To do this, to pull this off, it took Jeff Bridges, and really nobody else. There isn’t another actor who could have done this, who is the right age with the right talent.

So much of this is about Jeff, and who he is personally. And I’ll do everything I can to support him getting every bit of recognition he can. The last time I was probably more wrapped up in worrying about whatever I was doing. This time I’ve got a little buffer.