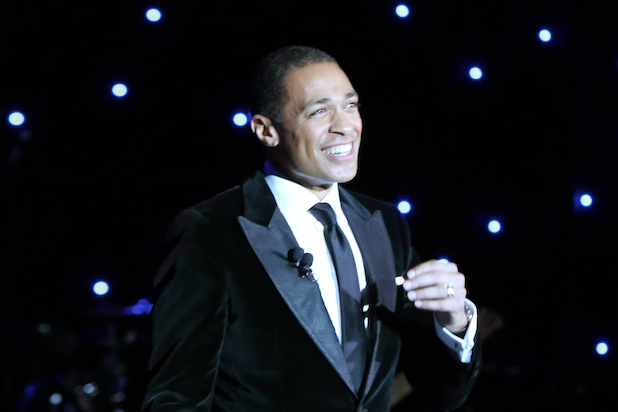 T.J. Holmes has signed on to be co-anchor of the third hour of “Good Morning America,” an individual with knowledge of the situation told TheWrap Friday.

He will join ABC News’ Amy Robach on the early afternoon program, which has been rebranded “GMA3: What You Need to Know” in light of the coronavirus and associated hard news.

Robach, who co-anchors “20/20”, has been delivering medical and current events news in the 1 p.m. ET slot once held by Michael Strahan, Sara Haines and Keke Palmer since the coronavirus pandemic began. The hour has seen a number of rebrands, from “GMA Day” to “Strahan and Sara” to “GMA3: Strahan, Sara and Keke.”

Robach has been with ABC News since 2012 and Holmes has been with the company since 2014. While “GMA3” was intended to showcase softer and more entertaining content at its outset, it’s clear that in the pandemic, focus at ABC News has shifted away from the feel-good lunchtime offerings to harder news.