Taika Waititi will play the pirate Blackbeard in the upcoming HBO Max series “Our Flag Means Death,” which he is also producing.

The series is loosely based on the true adventures of Stede Bonnet, a pampered aristocrat who abandoned his life of privilege to become a pirate. Rhys Darby will play Bonnet, who named himself captain of “The Revenge” ship in the 18th century.

The show is created by “People of Earth” boss David Jenkins, who will serve as showrunner. Waititi will direct the pilot. Along with Waititi and Jenkins, “Our Flag Means Death” is also executive produced by Garrett Basch (“The Night Of,” “What We Do in the Shadows”) and Dan Halsted. 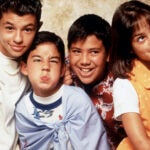 “Our Blackbeard is a legend, a lover, a fighter, a tactical genius, a poetic soul, and quite possibly insane. Only one man could play this role, and that is the great Taika Waititi. We’re thrilled beyond measure he’s decided to don the beard,” Jenkins said.

“Our Flag Means Death” is the latest collaboration between Darby and Waititi. Darby starred in HBO’s “Flight of the Conchords,” for which Waititi served as a writer and producer, and he is also set to star in Waititi’s upcoming film “Next Goal Wins” about the American Samoa soccer team, known for suffering the worst loss in World Cup history.

It is not uncommon for Waititi to play a role in one of his own projects. He co-starred in the film “What We Do in the Shadows,” which he co-wrote and co-directed with Jemaine Clement, and voiced Korg in “Thor: Ragnarok,” which he directed.