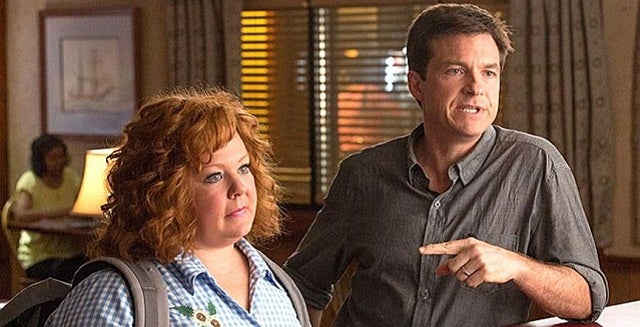 Moviegoers nationwide embraced Melissa McCarthy in her first feature film starring role and sent “Identity Thief” to No. 1 at the box office with a surprisingly strong $36.5 million debut.

The R-rated Universal comedy, in which McCarthy co-stars with Jason Bateman, ran up the impressive total — about $10 million higher than analysts' pre-release projections — despite some rough reviews and an East Coast blizzard that resulted in the AMC and Regal theater chains shutting locations in New England on Friday and Saturday.

“Without the storm back east, we could have grossed $40 million,” Universal's head of distribution Nikki Rocco told TheWrap. “The marketing campaign was on the money and audiences were ready for a real good comedy.”

Last week's No. 1 film, the zombie romantic comedy “Warm Bodies,” was a distant second with $11.5 million and the week's other wide opener, Steven Soderbergh's “Side Effects,” came in with $10 million. Overall, the box office was down about 45 percent from the comparable week last year, when "The Vow" and "Safe House" opened to $41 million and $40 million respectively.

The performance of “Identity Thief” came after last week's scathing review of the film by the New York Observer's famously acerbic Rex Reed.  In the review, he referred to McCarthy as  “obese and obnoxious,” and characterized her as "'tractor-sized" and a "hippo." ln general, the notices were poor; the film had just a 24 percent positive rating on review tracker Rotten Tomatoes.

"Identity Thief" is McCarthy's first starring role since the breakout comedy hit "Bridesmaids," which debuted to $26 million in 2011 for Universal and went on to make $288 million worldwide. "Identity Thief" cost roughly $35 million and will be a moneymaker for the studio.

The opening of “Identity Thief” is the best ever for director Seth Gordon, topping the $28 million debut for his 2011 comedy  "Horrible Bosses."  That one also starred Bateman — teamed with Jennifer Aniston rather than McCarthy — and it went on to make $117 million for Warner Bros.

'Identity Thief” had been floating around as an idea for a male buddy comedy for years, Rocco said. But it caught fire when Bateman, who produced as well as starred, and producer Scott Stuber, decided to go with McCarthy instead after her success with “Bridesmaids.”

“They (McCarthy and Bateman) really had some incredible chemistry in this movie and I think people sparked to that,” Rocco said. First-night audiences, which broke down 58 percent female and 57 percent over 30 years of age, liked the movie and gave it a "B" Cinemascore.

Even before the big debut for "Identity Thief," Universal committed to being in the Melissa McCarthy business for the foreseeable future. McCarthy and her husband Ben Falcone last week signed on to develop two more comedies for the studio. One is “Cousin Irv From Mars,” based on the upcoming book from Bruce Eric Kaplan, and the other is “Michelle Darnell,” based on an original character created by McCarthy. The greater New York area was key region for "Side Effects," and the storm likely took a toll. The pharmaceutical thriller stars Jude Law, Rooney Mara, Catherine Zeta-Jones and Channing Tatum and skewed very much toward older women. Eighty-five percent of the audience – which gave it a “B” CinemaScore – was over 25 and 63 percent were women. Summit faced marketing challenges with the film, which is filled with plots twists and surprises, and is hoping for word of mouth to help in the coming weeks.

Best Picture Oscar nominee “Silver Linings Playbook” was third and continued to hold very well. The Weinstein Company's dark comedy is still in 2,809 theaters and brought in $6.9 million, just an 11 percent drop from last week, and now has a domestic total of $90 million.

Four Best Picture Oscar nominees came next, and they all held well from last week.

Sony's "Zero Dark Thirty" will finish the three days with $4 million, a roughly 22 percent drop from last week and Kathryn Bigelow's tale of the hunt for Osama bin Laden has now taken in $83.6 million domestically.

“Argo” broke back into the top ten. Warner Bros. added 470 theaters to bring the screen count to 1,405 and it took in $2.5 million — up 23 percent from last week — to raise its overall domestic haul to $123.7. The studio is looking to capitalize on its recent awards victories — "Argo" won the Scripter Award Saturday night — by Ben Affleck's Iran hostage tale, which is in its 18th week of release.

The Weinstein Company's “Django Unchained” brought in $2.2 million after dropping another 275 theaters to 1,502 locations, a 24 percent drop from last week. Its domestic total stands at $154.6 million.

Paramount's 3D release of its iconic 1986 flyboy tale "Top Gun" was just behind that, with $1.9 million from 300 Imax theaters. That's a roughly $6,700 per-screen average for “Top Gun,” which helped launch the career of its star Tom Cruise as well as director Tony Scott.