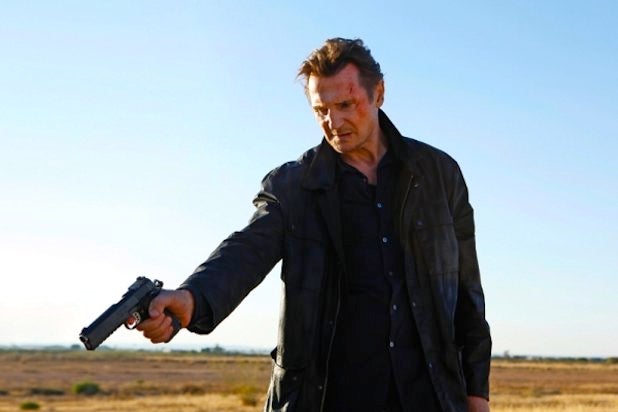 The firearm supplier for “Taken 3” has said it “regrets its decision” to participate in the production, and plans on boycotting any future projects starring Liam Neeson in wake of the actor’s comments about gun control in the United States.

“PARA USA regrets its decision to provide firearms for use in the film ‘Taken 3.’ While the film itself is entertaining, comments made by its Irish-born star during press junkets reflect a cultural and factual ignorance that undermines support of the Second Amendment and American liberties,” the company, based in North Carolina, wrote on its Facebook.

“We will no longer provide firearms for use in films starring Liam Neeson and ask that our friends and partners in Hollywood refrain from associating our brand and products with his projects,” the message continues. “Further, we encourage our partners and friends in the firearms industry to do the same.”

Neeson was in Dubai to promote the third movie in the popular 20th Century Fox action franchise when he told the media that “there’s too many [expletive] guns out there,” particularly in the states.

“I think the population is like, 320 million? There’s over 300 million guns. Privately owned, in America. I think it’s a [expletive] disgrace,” Neeson said. “Every week now we’re picking up a newspaper and seeing, ‘Yet another few kids have been killed in schools.’”

The 62-year-old action star, who will next be seen as a hitman in March 13 release “Run All Night,” defended playing a character with a habit of embarking on deadly rampages when his family is in danger by calling the movie “fantasy.”

See video: Liam Neeson Is a Hit Man Fighting to Keep His Son Alive in ‘Run All Night’ Trailer

“A character like Bryan Mills going out with guns and taking revenge: it’s fantasy. It’s in the movies, you know?” Neeson said. “I think it can give people a great release from stresses in life and all the rest of it, you know what I mean? It doesn’t mean they’re all going to go out and go, ‘Yeah, let’s get a gun!’”

Neeson offered his own life as proof that violent movies don’t lead to violence in real life.

“I grew up watching cowboy movies, loved doing that [gun gesture] with my fingers, ‘Bang, bang, you’re dead!’ I didn’t end up a killer,” he said. “I think that’s something the power of cinema can be.”

Neeson’s representatives did not immediately respond to TheWrap‘s request for comment.