The mass defection in April of top CAA agents to UTA has sent a ripple effect through the Hollywood agency world. CAA’s loss has been UTA’s gain, but numerous other power pieces have moved on the entertainment chess board.

A month after the seismic shift, TheWrap looks at who’s winning, who’s losing and brings you up to date on the latest defections. 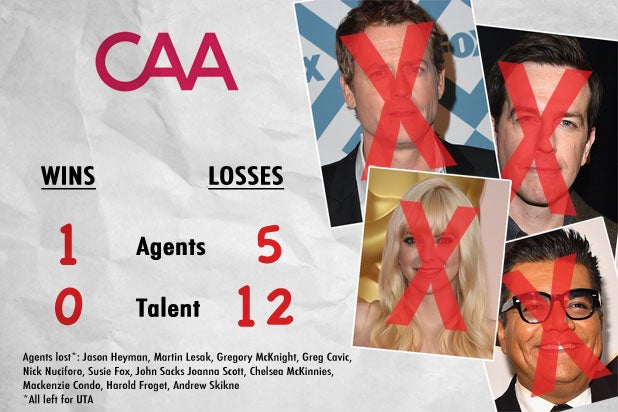 2:34 p.m. – Sources tell TheWrap that Melissa McCarthy will leave CAA for UTA, though as of this posting, she does not officially have an agent.

April 2: CAA sues UTA for what it calls a “lawless, midnight raid,” as well as defected agents Greg Cavic and Gregory McKnight. 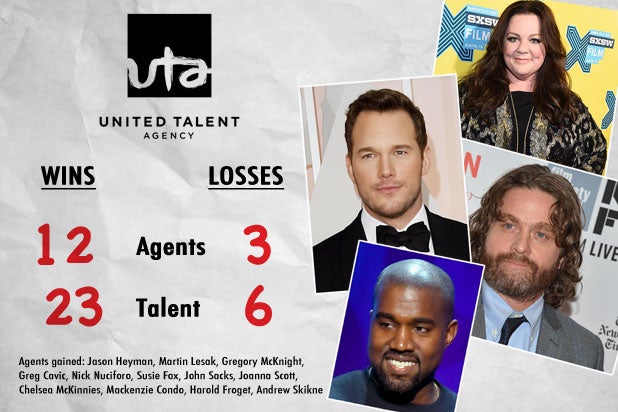 7:17 p.m. – CAA hires TV lit agent Adam Biren, who had left the business after being a TV lit servicing agent at UTA. 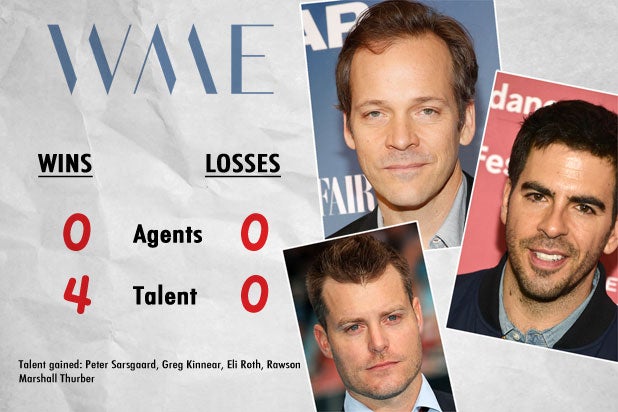 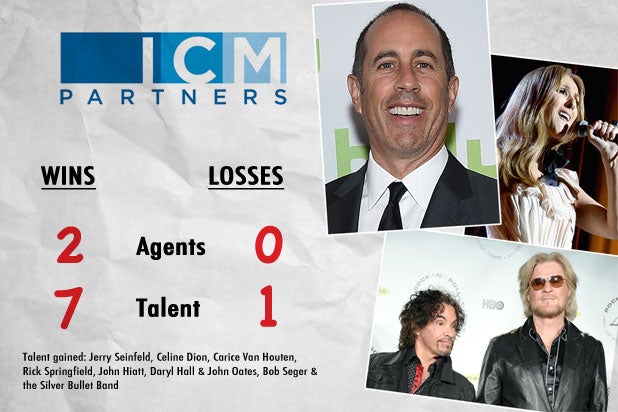