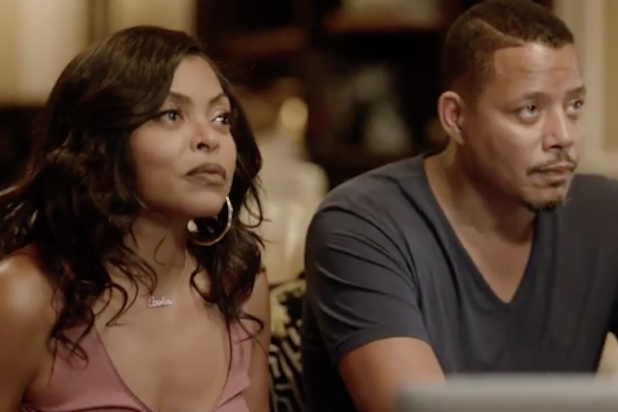 When host Giuliana Rancic asked Taraji P. Henson on E!’s Emmys Live From the Red Carpet about the new season of her hit show “Empire” and her upcoming flick “What Men Want,” Henson got a bit topical, briefly bringing up Nike’s new ad campaign featuring Colin Kaepernick and the “women’s movement.”

“What part of this season are you most excited for all of us to see?” Rancic asked, referring to the Fox drama.

“I think I’m most excited about you guys seeing the family start from scratch. You know, the first time the company was built, Cookie was in prison, you know. This time you get to see the family come back together and fight to get back what’s theirs,” Henson said about her character, Cookie, who gave up control of Empire Entertainment in order to keep Lucious (Terrence Howard) out of prison — giving up everything they had worked for over the previous four seasons.

“And you know what it plays into? It plays into that whole Nike campaign, you know, risk everything,” she added. “That’s what they did, because they held onto what they believe in. I mean, if you saw the finale, they lost the company. But, so what, they make the company.”

The trailer for the new season of “Empire,” which kicks off on Sept. 26, teases Cookie and Lucious trying to build a new company from scratch. The Nike ad campaign, as you probably know, features San Francisco 49ers quarterback Colin Kaepernick, whose career imploded after he started kneeling during the national anthem before games to protest police violence against people of color.

The key art for the Nike campaign features over Kaepernick’s face the text: “Believe in something. Even if it means sacrificing everything.”

But the political comparisons weren’t just limited to “Empire.” Henson also teased some light political content in her upcoming romantic comedy “What Men Want,” in which her character can hear the thoughts of all men that she encounters.

“I think it goes into what the women’s movement is about right now. I don’t wanna give the story away, and plot away, but it’s really about, you know, standing up and not needing a man to validate you or your work,” Henson said, before noting that it’s not actually that overtly political.

“It’s funny, though. doesn’t hit you over the head with messages. It’s just a feel-good movie that you’re going to want to go and see five and ten times.”