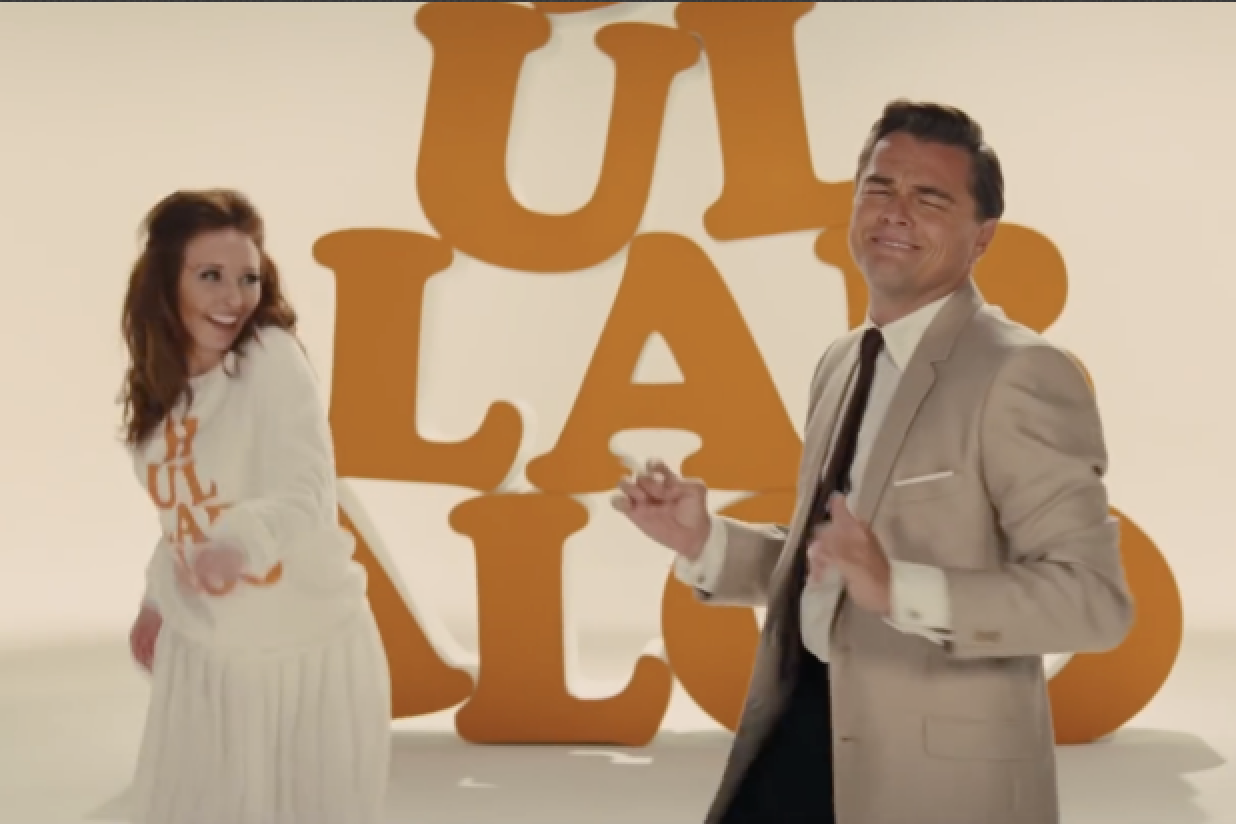 For almost as long as we’ve been hearing about “Once Upon a Time in Hollywood,” Quentin Tarantino and Sony Pictures, which will release the film, have tried to dispel the notion that it will be all about the Manson murders.

They couldn’t have made their point better than they did with the teaser trailer released Wednesday. Tarantino signals with the teaser that that the film won’t just be a portrait of one horrible night in 1969, but rather of an entire era, sweeping across at least three years prior to the Manson murders.

Because he’s Quentin Tarantino, he doled out those clues via obscure Bruce Lee knowledge, old TV and movie marquees. Let’s look at all the signs, literal and figurative, that “Once Upon a Time in Hollywood” won’t surrender its story to Manson.

Also Read: Why Bruce Lee's 'Once Upon a Time in Hollywood' Costume Is an Intriguing Surprise

Tate’s sister, victims-rights advocate Debra Tate, said last August that Tarantino had outlined his plan for “Once Upon a Time in Hollywood,” and said she would make sure Sharon Tate’s “memory is not exploited.”

“People think they know what this movie is, they don’t,” she tweeted. “I’m grateful to Quentin For letting me read the script, and sitting down with me to explain his vision.”

So despite Tarantino’s love of cinematic violence, you can rest assured that the film won’t be a gory or cartoonish retelling of the killings. Rather, it looks like an exploration of a period that ended on Aug. 9, 1969, when Hollywood lost any vestiges of innocence and entered a darker time.

Yes, the promotional materials that accompanied the trailer’s release say the film “visits 1969 Los Angeles, where everything is changing.” But the trailer indicates it will visit other years as well.

We get our first big clue that the film will be at least partly set well before the murders at the 42-second mark of the teaser trailer. That’s the moment when we see the Cinerama Dome on Sunset Boulevard decked out for a new film called “Krakatoa: East of Java.”

We can be confident than Tarantino, an exacting film historian, knows exactly when the films he references in “Once Upon a Time in Hollywood” were released. It’s true that movies stayed in theaters much longer in the 1960s and ’70s than they do in the modern era.

Also Read: Why Bruce Lee Is All Over the Teaser for Tarantino's 'Once Upon a Time in Hollywood'

But it’s also a safe bet that the Cinerama Dome wouldn’t give up prime Sunset advertising space to a movie that wasn’t a new release. That places at least one scene in the film at least a few months before the Manson murders.

THE NIGHT THEY RAIDED MINSKY’S

One second later in the trailer, we see a marquee advertising what appear to be two adult movies at the Pussycat Theater. I can’t find any detail on either of them, including their release dates.

But a second after that we see a marquee for “The Night They Raided Minsky’s,” an early film by “The Exorcist” director William Friedkin that starred Donald Sutherland and sounds absolutely awesome. The IMDb summary: “To distance herself from her strict Amish family, naïve Rachel Schpitendavel (Britt Ekland) escapes to New York City to become a dancer.” (The film is actually a fictionalized telling of the invention of the striptease and a real-life raid on the storied New York burlesque.)

“Minsky’s” came out Dec. 22, 1968 — more than seven months before the Manson murders. Could it have stayed in theaters that long? Maybe. But what about this?

At the 48-second mark, we get an extended sequence in which Bruce Lee (Mike Moh) spars verbally, then physically, with Cliff Booth (Brad Pitt). During the verbal sparring, Lee is clearly dressed as Kato, his character on “The Green Hornet,” a show that ended in March 1967 — more than two years before the Manson murders.

This is our best indication yet that the film will have a multi-year sweep.

At 1:05 into the teaser, we see Rick Dalton (Leonardo DiCaprio) dancing on the goofy real-life NBC show “Hulabaloo.”

“Hulabaloo” ended in April 1966. That places at least this scene at least three years prior to the murders. Could it be a quick flashback? Sure.

The Franco Zeffirelli film that your high school English class giggled through uncomfortably, because sex, turns up on a billboard at the 1:07 mark. It was released on Oct. 8, 1968. We don’t think its included just as a time signifier, but also as foreshadowing that “Once Upon a Time in Hollywood” is also a story of youth and tragedy.

We’d also recommend listening to the “Shoot This Now” interview we did last summer with “Bruce Lee: A Life” author Matthew Polly, who told us all about the weird way Lee was connected to the Manson murders, and lots of other things, like the origin of the yellow suit that Lee wears in “Game of Death” and that Uma Thurman wears in “Kill Bill Vol. 1.”

You can listen to on Apple and right here: