Taron Egerton, who was in the running to play a young Han Solo in 2018’s prequel “Solo: A Star Wars Story,” revealed that he “removed himself” from the project because he just couldn’t see himself in the part.

During a recent appearance on the Happy Sad Confused podcast, Egerton told host Josh Horowitz that he got as far as getting in full costume and boarding the Millennium Falcon with Chewbacca, but it just didn’t feel right.

“I’ll be honest, I got on the Falcon. I was with Chewie. I was in the full costume,” Egerton said. “I felt like I got there, I did it, I lived it.” 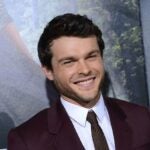 And while that was great, he just wasn’t dying to play our favorite space smuggler. “You know when we mentioned earlier, that thing when I read the ‘Kingsman’ script and I was like, ‘I’ve gotta do this. This is my part,'” he told Horowitz. “I just didn’t feel it [on ‘Solo’].”

He added, “No one ever wants to follow Harrison Ford.”

Alden Ehrenreich ultimately got the part, but the film became best known for its troubled production and unspectacular box office, rather than Ehrenreich’s perfectly fine performance as Han.

Appearing on the same podcast on July 12, Chris Pratt admitted he doesn’t dare follow Ford either, after hearing how the original Indiana Jones feels about someone else taking over the part. 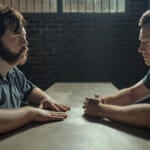