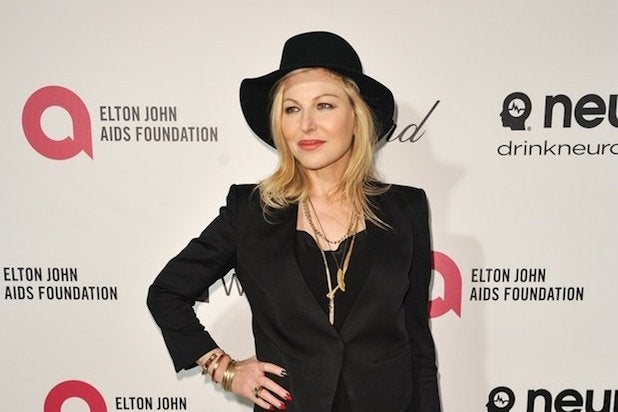 Oscar winner Tatum O’Neal has been cast in two indies. She’ll star opposite Judge Reinhold in the basketball movie “My Many Sons” before sharing the screen with C. Thomas Howell in “Blue Weekend,” TheWrap has learned.

Ralph E. Portillo is directing “My Many Sons” from a script by Carol Miller. Portillo is also producing the indie drama with Brad Wilson, Casey Bond and Jamie Elliott. Production is currently under way.

Based on a true story, “My Many Sons” stars Reinhold as legendary basketball coach Don Meyer, who once held the record for the “winningest” coach in NCAA history.

The story chronicles the impact he had on his players and how they helped him following a car accident that led to the tragic discovery that he had cancer. While his legend lives on, Meyer recently died in May at age 69.

O’Neal will play Reinhold’s wife, Carmen Meyer, a dark-haired Southern beauty who holds their family together when Coach prioritizes basketball. 

Once O’Neal wraps “Sons,” she’ll segue into the coming-of-age film “Blue Weekend,” which Carl Colpaert is directing from a script by Anastazja Davis, based on a story the two of them came up with. Tuffy Williams and Leonard Waldner are producing the movie, which starts shooting in September in and around Los Angeles.

It follows fraternal twins who are separated at birth, with one raised in the Bohemian city of Santa Cruz and the other in moneyed San Clemente. When the siblings are reunited, there are surprising repercussions.

O’Neal will play Lisa Crawford, a government-employed scientist who is the adoptive mother of one of the boys. Loving but over-protective to a fault, she’s beside herself when her son takes off on an unexpected road trip to Northern California in the name of love.

Howell will play O’Neal’s husband, a fellow scientist who is often too busy working to focus on parenting.

O’Neal, who won an Oscar for “Paper Moon,” just reteamed with director Peter Bogdanovich for his upcoming showbiz comedy “She’s Funny That Way,” which stars Imogen Poots, Owen Wilson and Jennifer Aniston. She recently played Dakota Fanning‘s mother in “The Runaways” and appeared in Judd Apatow‘s “This Is 40.”

O’Neal is represented by Mavrick Artists Agency and Radius Entertainment.