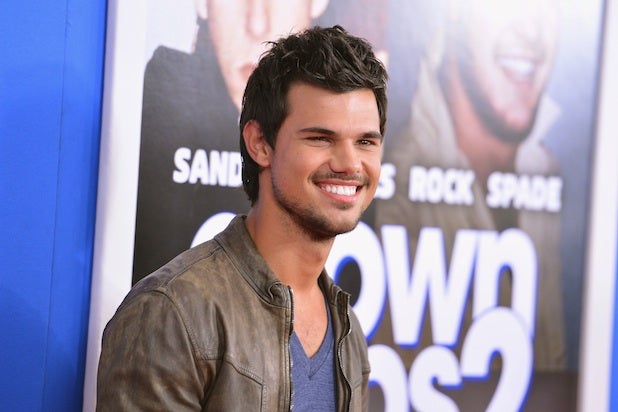 Taylor Lautner will star in a new small screen role. The “Twilight” actor will replace Andy Samberg on the British Comedy, “Cuckoo.”

The series followed a British girl, Rachel (Tamla Kari), who returns from the United States after a hiatus from school with an American husband named Cuckoo, played by Samberg.

“I’m delighted to welcome it back with the addition of superstar Taylor Lautner,” said BBC Three controller Zai Bennett.

He also said it would be “one of the comedy treats of the year.”

Lautner will play a new American who arrives two years after Samberg’s character disappeared in the Himalayas. He’s described as “a nice-but-dull lawyer” by the BBC.

Greg Davies and Helen Baxendale play Rachel’s parents in the BAFTA-nominated series, which launched its first season in 2012.

Aside from starring as Jacob Black in the “Twilight” movie franchise, Lautner has starred in several movies including “Abduction,” “Valentine’s Day,” “The Adventures of Sharkboy and Lavagirl” and the upcoming “Tracers.”

His TV credits include NBC’s “My Own Worst Enemy” and Fox’s “The Bernie Mac Show.”

Samberg currently stars on Fox’s freshman comedy “Brooklyn Nine-Nine,” which earned the actor a Golden Globe for Best Actor in a Comedy actor in addition to the show’s win for best comedy.