Taylor Swift fulfilled a long-held dream on Wednesday morning by accepting an honorary doctorate degree from New York University. And she made sure to infuse plenty of humor and puns into her commencement speech.

The singer was awarded an honorary Doctorate of Fine Arts, for being a “trailblazing and influential advocate for artists’ rights” as well as being “one of the most prolific and celebrated artists of her generation.” But Swift had a hunch as to the real reason she was invited to the celebration.

“I’m 90% sure that the reason I’m here is because I have a song called ‘22,'” Swift joked to start things off, referring to the fact that she was speaking to the Class of 2022.

Before the ceremony even began, various combinations of “Doctor Taylor Swift” began trending on Twitter, alongside the hashtag #22GraduatesVersion. And Swift made sure to capitalize on the fact that she is now technically a doctor. 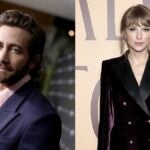 Also Read:
Jake Gyllenhaal Insists Taylor Swift’s ‘All Too Well’ Has ‘Nothing to Do With Me’

“I’d to thank NYU for making me technically, on paper at least, a doctor. Not the type of doctor you would want around in the event of an emergency,” she joked. But if that emergency was needing a song “with catchy hook and an intensely cathartic bridge section” or “that you needed a person who can name over 50 breeds of cat in one minute,” then she is happy to step up.

Speaking more seriously to the audience, Swift noted that she hates giving unsolicited advice. “As a person who started my very public career at the age of 15, it came with a price. And that price was years of unsolicited advice,” she told the graduates.

That being said, she did offer a few “life hacks” that she had picked up along the way.

“Life can be heavy. Especially if you try to carry it all at once,” she said. So she encouraged the graduates to “Decide what is yours to hold, and let the rest go. Oftentimes, the good things in your life are lighter anyway.” 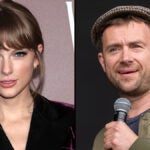 She also made a point to debunk the “false stigma around eagerness” in the real world.

“Never be ashamed of trying. Effortlessness is a myth,” she said. “The people who wanted it the least were the ones I wanted to date and be friends with in high school. The people who want it the most are the people I now hire to work for my company.”

To cap off her speech, Swift made one more reference to her song “22.”

“Hard things will happen to us. We will recover. We will learn from it. We will grow more resilient because of it,” she said. “And as long as we are fortunate enough to be breathing we will breathe in, breathe through, breathe deep and breathe out. And I am a doctor now so I know how breathing works. I hope you know how proud I am to share this day with you. We’re doing this together. So let’s just keep dancing like we’re the class of 22.”