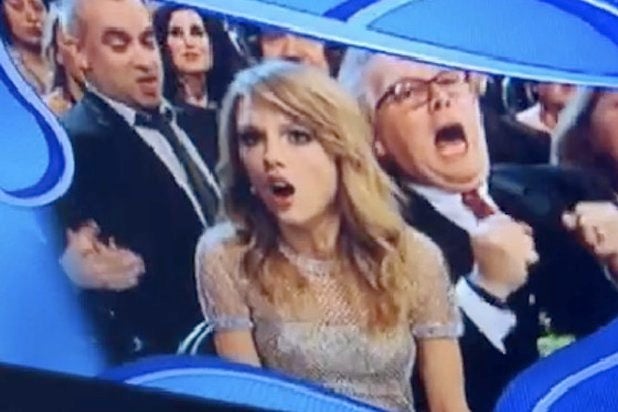 Taylor Swift and her posse surrounding her at the Grammys were so excited for her record “Red” to win the coveted Grammy for Album of the Year that they prematurely jumped for joy when they heard the first “R” in winner Daft Punk’s “Random Access Memories” pronounced on stage.

Swift’s jaw dropped during the CBS broadcast when she was sharing a small portion of the screen with fellow nominees Sara Bareilles, Daft Punk, Kendrick Lamar, and Macklemore & Ryan Lewis.

Fortunately, she was quick was to rise to her feet in applause when she realized she did not win. Unfortunately, the minor moment has been captured on Vine to replay on the internet forevermore.

Watch the 24-year-old singer’s overjoyed reaction to victory, immediately followed by the agony of defeat, in the never-ending video loop below: