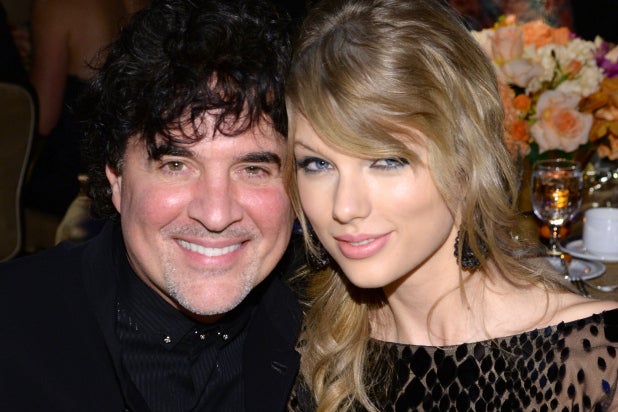 Scott Borchetta, the CEO of Big Machine Label Group, has responded to Taylor Swift’s accusations laid out in a Tumblr post Sunday in which she called the sale of her master recordings to music manager Scooter Braun “my worst cast scenario.”

Earlier Sunday, Big Machine announced that Braun’s Ithaca Holdings had acquired the Nashville-based label, which included Swift’s back catalog totaling over $300 million. Swift responded by saying she was blindsided but not surprised by the sale, adding that she felt Borchetta betrayed her by selling her catalog to Braun.

“All I could think about was the incessant, manipulative bullying I’ve received at his [Braun’s] hands for years,” Swift wrote. The pop star also claimed that Braun coaxed the feud between her and Kanye West and Kim Kardashian.

Borchetta swung back in his own post Sunday night, opening the post by saying “So it’s time for some truth…”

The Big Machine exec wrote that the deal was settled upon earlier that week during a shareholders’ call. Swift’s father, Scott, is a Big Machine shareholder and, according to Borchetta, was represented on the call by a 13 Management lawyer. Borchetta added that he texted Taylor at 9 p.m. Saturday night about the impending deal. “I truly doubt that she ‘woke up to the news when everyone else did,'” Borchetta said of her claim.

So far, a rep for Swift has not replied to multiple requests for comment.

Borchetta also denied Swift’s claim that Big Machine Label Group offered a pathway to owning her masters with a new contract where she would “earn one album back at a time, one for every new one I turned in” prior to signing with Universal.

Posting a photocopy of the proposed contract, Borchetta said “As you will read, 100% of all Taylor Swift assets were to be transferred to her immediately upon signing the new agreement.” Borchetta also claims his company was working together on a new type of deal for the new streaming world that was not necessarily tied to albums but more of a length of time.

“Taylor had every chance in the world to own not just her master recordings, but every video, photograph, everything associated to her career,” Borchetta said. “She chose to leave.”

Yesterday, Swift wrote that she felt “sad and grossed out” that Borchetta sold to Braun. “When I left my masters in Scott’s hands, I made peace with the fact that eventually he would sell them. Never in my worst nightmares did I imagine the buyer would be Scooter… Any time Scott Borchetta has heard the words ‘Scooter Braun’ escape my lips, it was when I was either crying or trying not to. He knew what he was doing; they both did.”

However, Borchetta said he never witnessed this, though he admits in his post that he was “aware” of some prior issues between Swift and Justin Bieber, who offered a puzzling apology yesterday that ended by slamming Swift for her statements and defending Braun, his long time manager.

“Scooter was never anything but positive about Taylor,” Borchetta wrote. “He called me directly about [the] Manchester [benefit concert] to see if Taylor would participate (she declined). He called me directly to see if Taylor wanted to participate in the Parkland March (she declined). Scooter has always been and will continue to be a supporter and honest custodian for Taylor and her music.”

In the aftermath of Swift’s Tumblr note, artists have taken sides, with many allegedly unfollowing Braun on social media, including Katy Perry, Rihanna and Miley Cyrus. Halsey penned a lengthy letter in of support for Swift on Twitter.

Braun has stayed out of the frey during this heated war of words, remaining quiet following Swift’s Tumblr post. Though his wife Yael Cohen, the Founder and CEO of F— Cancer,  took to Instagram for a “public airing of laundry.” “You were given the opportunity to own your own masters, you passed,” Yael Cohen Braun wrote. “And girl, who are you to talk about bullying? The world has watched you collect and drop friends like wilted flowers.

“Beyond that, it’s easy to see that the point of putting this out was to get people to bully him,” she added. “You are supposed to be a role model, but continue to model bullying.”