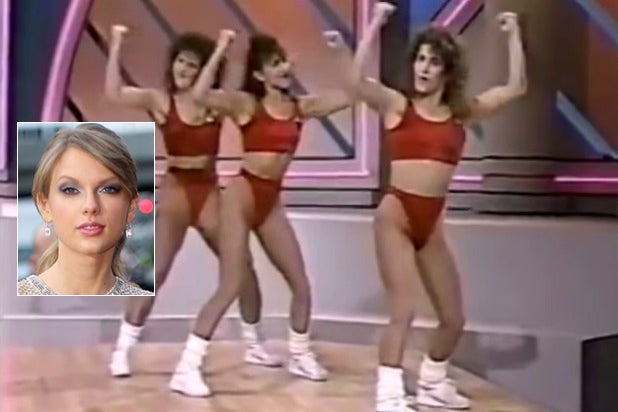 Perhaps the reason Taylor Swift named her newest album “1989” was because she knew her lead-off single “Shake It Off” would accompany an aerobics video from that year oh so perfectly.

A new mashup video from YouTuber Thomas Jung combines the pop sensation’s No. 1 hit with a stage full of Lycra-wearing ladies and gentlemen from a Crystal Light aerobics competition. The sync of their moves with her music are simple and utter perfection.

Swift seems to be a fan of the 80s amalgamation herself, tweeting that the video has inspired the next move for her upcoming tour.

“A sneak peak at the official ‘Shake It Off’ choreography for the 1989 World Tour,” Swift wrote about the video.

Fans might not be able to listen to TayTay on Spotify any longer, but at least the universe just gifted them all of this nostalgic goodness.

Watch Taylor Swift‘s “Shake It Off” in an 80s aerobic video below.