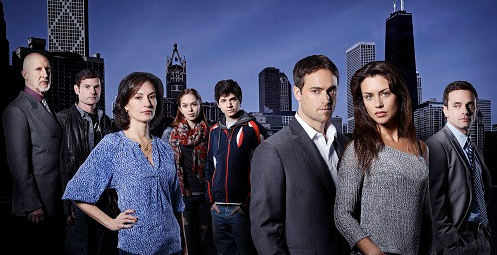 Viewers have forgiven Don Draper for endless affairs, Walter White for cooking meth, and Tony Soprano for killing people. Will they forgive Sara Hadley for cheating on her husband?

Hadley, played by Hannah Ware, is the protagonist of ABC's upcoming "Betrayal," a 13-episode series that follows her affair with a man who, she soon realizes, is trying to bring down her husband.

"We're not boiling anybody down to heroes or villains. It's risky to the extent that we're aiming high," executive producer David Zabel said at a Television Critics Association panel on Sunday. He said the show "hangs on the premise that the audience will have an appetite for sophisticated storytelling."

The show will test whether viewers can overcome a longstanding double standard about cheating. Sex columnist Dan Savage recently asked fans to consider, as a thought experiment, how people would have treated Hillary Clinton if she, rather than Bill, had cheated with an intern.

Zabel thinks "Betrayal" can overcome the double standard: "They've overcome it on 'Scandal."

Well, kind of: "Scandal" protoganist Olivia Pope (Kerry Washington) has had an affair with the president, but at least she isn't married to someone else. He is. Olivia may be the other woman, but he's the cheater.

Cable audiences have winced through Don Draper's dalliances, but broadcast viewers seem less permissive. Fox's "Lonestar," about a man leading a double life with a wife and girlfriend, was canceled after two episodes.

One of the mysteries of "Breaking Bad" is why audiences spent so many seasons rooting for Walt even as they detested his wife, Skyler, for objecting to his meth-making. Eventually she had an affair, and it nearly brought Walt's empire down.

Yes, soap operas have found countless women torn between their cold husbands and hotblooded young lovers. But this is primetime. And Hadley's husband is sympathetic.

Executive producer Lisa Zwerling said most of the "Betrayal" writers are married, and find themselves rooting for all of the characters. They tried to portray an affair without casting blame.

"It's kind of how it really goes down," she said. "There's no clear bad guys."

Viewers may not see guys. The question is whether they'll see a bad woman.

(For the record: An earlier version of this story incorrectly said Henry Thomas plays Hadley's husband. In point of fact, he plays another character.)