After 16 days, each feeling longer than the last, the Television Critics Association (TCA) Winter Press Tour is finally, mercifully over.

And no, we did not get a “Game of Thrones” Season 8 trailer.

But still, we learned a lot, we ate a lot, we drank an undisclosed amount. Find our 13 top takeaways from the biannual media event below. 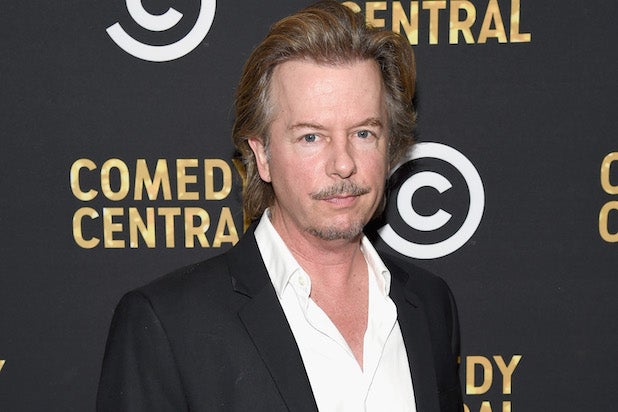 “Saturday Night Live” and “Just Shoot Me” alum David Spade will get the latest crack at cracking Comedy Central’s 11:30 p.m. slot, the one behind the Viacom cable channel’s flagship series, “The Daily Show.” Spade promised no politics on his show, so expect a more grown-up version of his old “Hollywood Minute” segment on “Weekend Update.” That might not be a bad thing.

The hope is that Spade can do what Larry Wilmore, Jordan Klepper and really any other filler material has not been able to pull off since “The Colbert Report” — get decent TV ratings, and stick around. 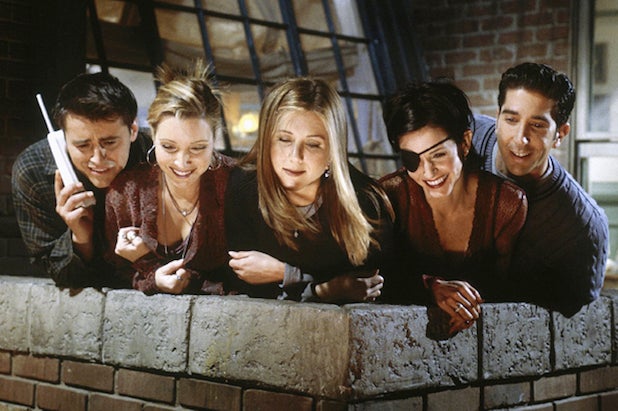 Say Goodbye to “Friends” (for Real This Time, Probably), Netflix Users
“Friends” fans were whipped into a frenzy in late 2018 when it seemed the old NBC Must-See TV staple was leaving Netflix. The gigantically rich streaming giant opened its wallet real wide to keep Joey, Rachel, Monica, Phoebe, Ross and Chandler around.

But with the WarnerMedia streaming service on its way, that was likely to be a short-term fix. Though we were previously told that the two SVOD services might play nice and share the valuable rights, Turner boss Kevin Reilly updated us that he’s not feeling as charitable.

And yes, “charitable” is a funny word considering the $100 million price tag.

“Handmaid’s Tale” Gets Season 3 Premiere Date, Which Definitely Has Nothing to Do With “Game of Thrones”
Good news/bad news: We finally know when “Handmaid’s Tale” will return for Season 3, but fans are going to have to wait a while.

The next installment of “Handmaid’s” will debut with three episodes on June 5. That misses the Emmys eligibility window for this season, meaning the Elisabeth Moss drama will never have to contend with “Game of Thrones” in that race again. Of course, the two have absolutely nothing to do with one another, Hulu boss Craig Erwich insisted.

“No, um, it doesn’t,” Erwich told reporters at the Television Critics Association press tour, when asked if the return of “GoT” was affecting the return of “Handmaid’s Tale.” “You’re gonna watch the final season of ‘Game of Thrones,’ as well,” he added. “It simply was, we wanted to give the show as much time as possible to maintain the quality that it has. I can tell you, and I think [creator] Bruce [Miller] and [executive producer] Warren [Littlefield] will come out, maybe at a later date, I’ve had the chance to see the first two episodes of ‘The Handmaid’s Tale’ and it’s spectacular.” 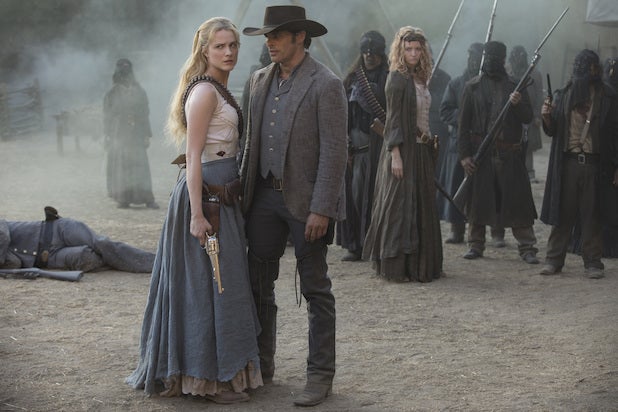 Where We at With “Westworld” Season 3?
It’s been nearly a year since the second season of “Westworld” premiered on HBO, and the cabler clearly isn’t rushing to push out a third.

Luckily for those fans eagerly awaiting answers, there has been progress on Season 3. HBO programming boss Casey Bloys told TheWrap that the show is scheduled to resume shooting the new season in March. However, Bloys said there’s no definitive time frame for when the season will air, indicating that fans might have to wait until 2020.

Young William himself Jimmi Simpson was unable to provide any clearer picture, saying that his character will be “less of a focus” in the new season. So much less of a focus, in fact, that he hasn’t even been asked back for the new episodes.

And “The Nevers,” for That Matter?
Sorry, not a ton to report here. 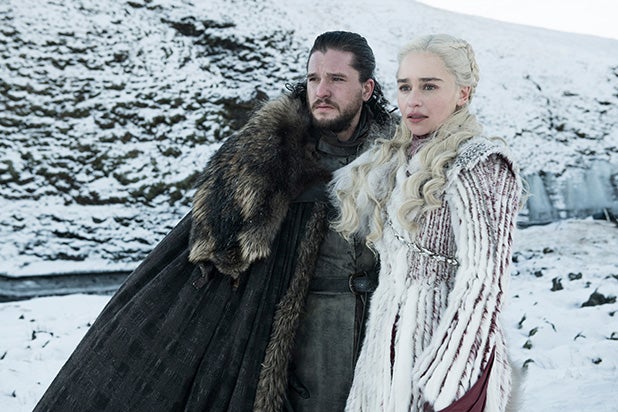 When Are We Getting a Freakin’ “Game of Thrones” Trailer?
Who knows? Well, Casey definitely does.

“All in the works. I can’t reveal the dates,” Bloys told TheWrap during the Television Critics Association (TCA) press tour. “I’ve seen a cut. I don’t know if I’ve seen a finished one.”

The exec also weighed in on the Bud Light-“Game of Thrones” crossover ad during the Super Bowl, the status of George R. R. Martin’s prequel pilot and just exactly how much “Game of Thrones” fans have left.

Also Read: 'Game of Thrones' Showrunners Say That Ser Pounce Is Dead - and Cersei Killed Him 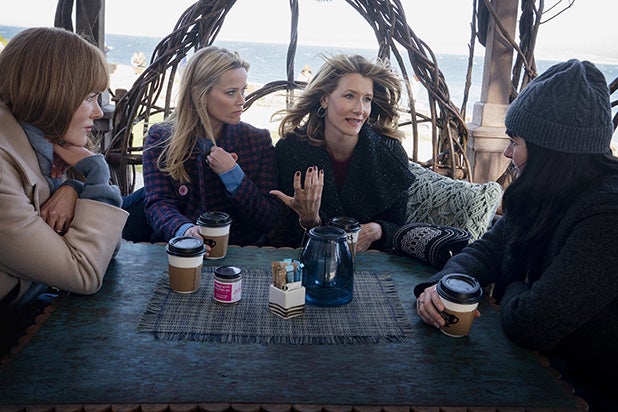 How Far Off-Book Will “Big Little Lies” Go?
When asked if a third season was in the cards, showrunner David E. Kelley told reporters there was “no such plan” in place. “We like where our closure is at the end of Season 2,” Kelley said.

Notably, Kelley and co. have said as much before, and reversed course. Originally intended as a one-off miniseries adaptation of Liane Moriarty’s bestselling novel, HBO ultimately renewed “Big Little Lies” for a second go in late 2017 after the first season became a hit with both viewers and Emmy voters.

We’re way past the book by now. 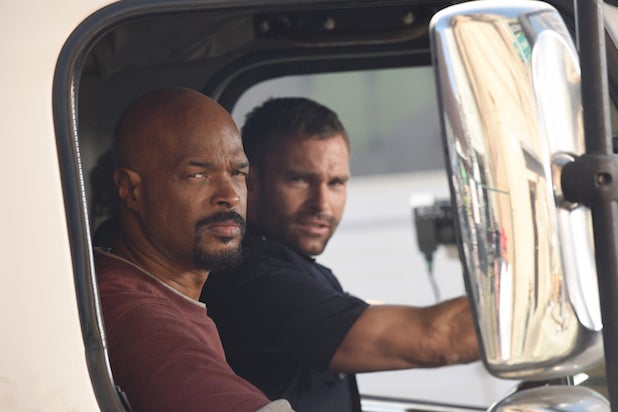 Is There a Future for “Lethal Weapon”?
Depends on who you ask. We asked new Fox chief Charlie Collier, who said he believes the chemistry between newcomer Seann William Scott and the show’s elder statesman Damon Wayans has “hit its stride.” Collier says he is “encouraged” by that.

Enough for a Season 4? You know, one without Wayans, who said last fall he was quitting the series in December. (But then Fox went and ordered two more episodes for the currently airing season, all of which include Wayans, and the actor hasn’t made a public statement about his future with the show since.)

“We’d all have to retrench and, again, I love what he brings to the screen, so what I’m looking at is what the two of them are doing that is pretty magical,” Collier said of the post-Clayne Crawford era. “And I think if — I wasn’t here, but if you read way back when, I think people will be really pleasantly surprised with where they’ve brought the show.” 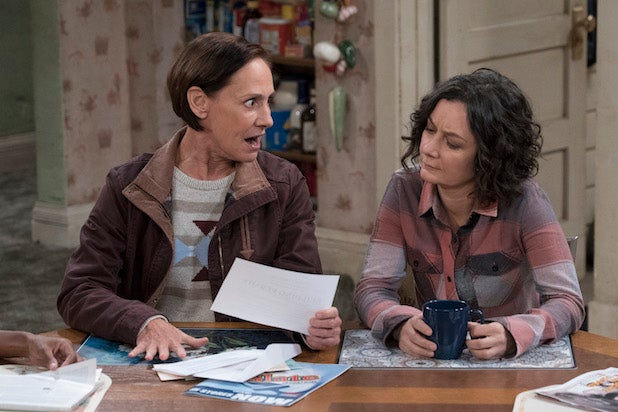 How About “The Conners”?
New ABC entertainment chief Karey Burke says the network is “close” on a deal to bring back “Roseanne” spinoff “The Conners” for a second season.

No surprise here, as the saved and transformed sitcom was a success. Not a “Roseanne” revival success, but still.

Also Read: 'The Conners': ABC Boss Says 'We Are Close' on Season 2 Renewal 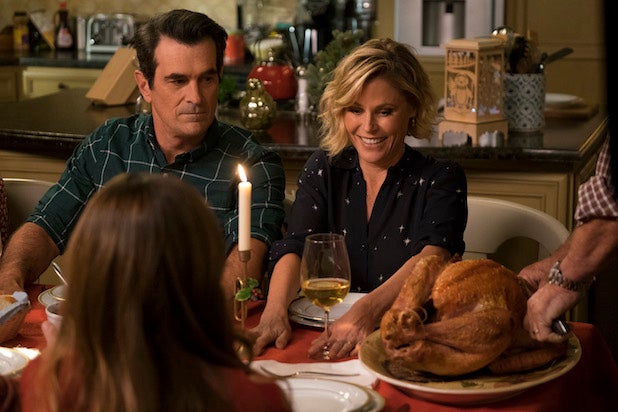 Say Goodbye to “Modern Family”
“Modern Family” has long been the crown jewel of ABC’s comedy line-up, once both a commercial hit and an awards darling. But the aged show is finally set to come to an end, as ABC Entertainment president Karey Burke announced during her presentation that the upcoming 11th season would serve as show’s final bow.

“In its final season, there will be more milestone events that anyone who has been a fan of the series won’t want to miss,” Burke said, calling the 22-time Emmy winning series “one of the most seminal and iconic comedies in television history.” 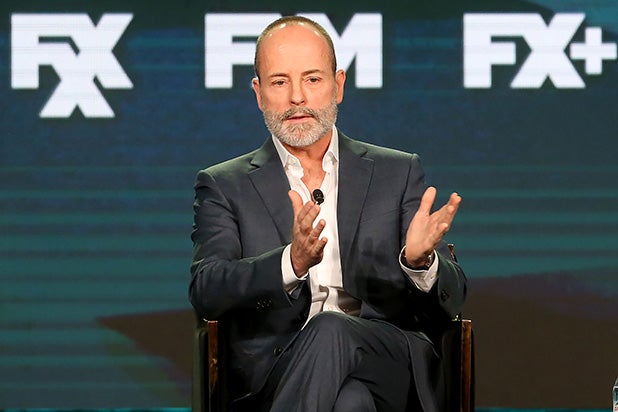 How Will Network Heads Respond to Netflix’s Viewership Data? (Spoiler: Not Well)
“Peak TV” leader John Landgraf took some Nielsen data-backed jabs at Netflix’s new pattern of randomly releasing its viewership numbers on Twitter, which he says are not “remotely accurate.”

Below is a small taste of Landgraf’s wrath, but you should really read the whole thing here.

“Netflix is not telling you the whole story because the numbers they issue do not follow the universally-understood television metric, the one you and prior generations of reporters have been using through their whole careers, which is average audience,” Landgraf told a room full of reporters during his FX executive session. “Many Silicon Valley companies have long used various metrics based on video use or video starts which inflates their perceived usage and is not a remotely accurate representation of a long-form program’s performance.” 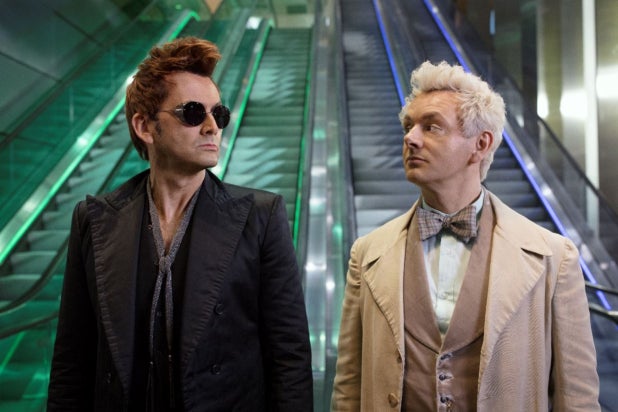 “Good Omens” for Amazon and Benedict Cumberbatch in May
Neil Gaiman’s long-gestating adaptation of his own book “Good Omens” is finally set to see the light of day. Along with a preview of the opening credits sequence, Amazon announced during its presentation that the series, based on Gaiman and Terry Pratchett’s 1990 novel of the same name, would hit the streaming platform on May 31.

Gaiman also revealed that Benedict Cumberbatch had joined the already stacked cast for the six-episode adaptation as a “400-foot high” CGI version of Satan. He’ll go toe-to-toe with the Voice of God, voiced by Frances McDormand, in the series, which also stars Michael Sheen, David Tennant and Jon Hamm. 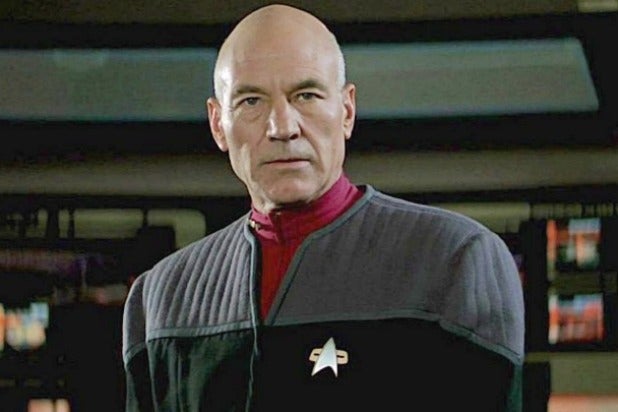 Let’s Get Some “Picard” Deets, Please
CBS All Access and Alex Kurtzman lured “Star Trek” legend Patrick Stewart back to the sci-fi franchise last year after more than two decades, but details about the Jean-Luc Picard series remain scant.

Kurtzman — the overseer of CBS’s burgeoning “Star Trek” universe, including the ongoing “Star Trek: Discovery,” the standalone “Short Treks,” the upcoming animated series “Lower Decks” and a potential Michelle Yeoh-centric “Discovery” spinoff — was only able to offer a few hints about the “Next Generation” follow-up, saying only that the long gap between shows would factor in.

“It’s been 20-plus years, so he couldn’t possibly be that same person anymore,” Kurtzman told reporters. “The question becomes: What has happened to him in that period of time? Have there been occurrences that force him to reckon with choices that he’s made in his life?”

NBC's "Annie Live!" bowed Thursday as the first new live musical production to air on broadcast TV since ABC's "The Little Mermaid Live!" in November 2019. It also marked NBC's return to the genre, which it hasn't ventured into since "Jesus Christ Superstar Live!" on Easter Sunday of 2018, and the first of the Big 4 networks' live-TV musicals to be made during the COVID-19 era. So naturally, all eyes were on how the Taraji P. Henson- and Harry Connick Jr.-led "Annie Live!" performed in TV ratings and viewership, as that's going to be used as an indicator of what "Tomorrow" looks like for the genre.

On the plus side, "Annie Live!" averaged 5.155 million total viewers, which was better than Fox's "Rent" and "A Christmas Story." Unfortunately, "Annie" ranks dead last in the key demo of adults 18-49, though that may be more of an indicator on how young adults view broadcast television in late 2021 vs. late 2019. "Annie Live!" faced a lot of competition last night: Fox aired "Thursday Night Football," ABC had a highly anticipated Alec Baldwin interview in the first hour of primetime, and CBS did well with its first few sitcoms. Scroll through our gallery to see how each of broadcast TV's modern-day, live musical productions rank by Nielsen numbers. Lowest-rated is first, highest-rated is last.
View In Gallery