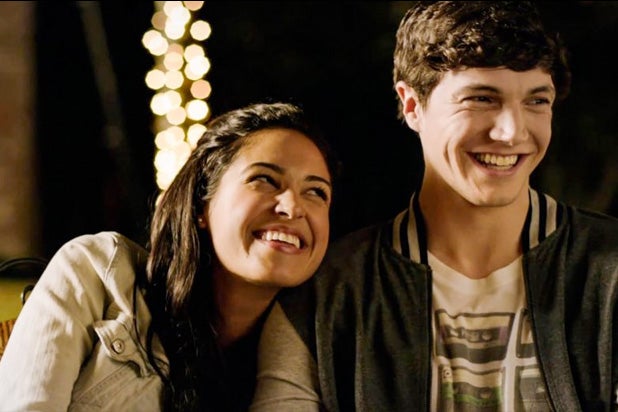 I began my career almost three decades ago teaching sex-ed class in a high school in Saskatchewan, Canada. It’s a long story, but the kids referred to me as the “sex guy.”  From there I moved into elementary education for a few years, and then another high school position teaching P.E. and history while coaching football and wrestling.

It was a terrific eight-year ride, including a provincial championship for my wrestling team. During that time I began teaching a Media Studies course, through which I learned basic film techniques. When I got itchy feet and needed a new challenge again, I moved to an inner city school to teach drama and direct theatrical productions.

One of my teacher friends at the time asked, “What did you do wrong to get transferred to an inner-city school?” I told him I requested it. He just shook his head. But I really felt for those kids on the west side of town. It was the same side I grew up on.

Those itchy feet are what led me to become a filmmaker, while still keeping my
day job teaching. I had a revelation in 2005 while teaching a filmmaking course for kids in the mountains near Calgary Alberta. I had been telling the kids, “Take a risk, make a film, don’t wait to get permission.”

But one night beside the campfire it struck me what a huge hypocrite I was. A few months later, I formed Five Stones Films and over the next couple years went on to make “Season of Dreams,” a movie about football in Saskatchewan. Its success surprised us, even though we’d been aiming high (as shown by our “David and Goliath”-inspired company name).

Since then I’ve made numerous shorts and four feature-length films, but I’ll reach a milestone of sorts when my latest, “Because of Grácia,” releases nationwide in the U.S. on September 15. Meanwhile, I’m still a high school teacher. At the moment, I’m running an intensive film school program for 11th graders who come for a semester from all across our city of 250,000.

“Because of Grácia” started out as a stage play in 2001. In the years I was writing and directing theater, our productions were always playing out in my head as movies. I had grown up in the ’70s gorging on American pop culture from “Gilligan’s Island” and “The Rockford Files” to “Jaws,” “Star Wars” and “Grease.” (The music, dancing, camera movement and colors in that musical really captured my imagination.) So, early on I had already begun to think of storytelling in terms of the screen.

They say writers and filmmakers should tell stories about what they know best. That was certainly true of me “Because of Grácia,” a story about life in high school that dealt with all the issues kids had brought to me over the years: divorce, teen pregnancy, abortion, drugs, alcohol, faith, peer pressure and the like.

We shot a rough cut in a local school and people loved it. One minute we were talking about the potential of the movie to go big and the next minute someone had committed significant money for production funds for us to go out and shoot if for real. It all happened so quickly.

Production was in Louisiana. You don’t realize till afterward that it’s absolutely pure unadulterated pressure. Making my own films for nine years, I had always been engaged in every aspect, but now that had to change. I kept being reminded of Tarantino when he made his first film and was nervous about everything. His producer told him, “Hey, we hire people to do that stuff. Just direct the actors.”

I was fortunate to find some great talent to bring our film to life in front of the cameras. Chris Massoglia, who plays Darren Shan in “Cirque Du Freak,” and singer Moriah Peters played my leads: a teenager named Chase Morgan who wants to start a relationship with newcomer Grácia Davis but is too afraid to ask her out.

The story is filled with all sorts of the characters I’ve encountered in my teaching over the years: the guy who keeps pressuring his girlfriend for sex; the girl who gives in, gets pregnant, and wants to have an abortion; the confident student saving herself for marriage; the undercover Christian kid desperate to avoid ridicule; the funny, jocular best friend; the honest-hearted atheist teacher; the pragmatic, amoral high school principal — you name it, they all show up.

As I continue teaching film here in Canada, I have hundreds of students watching my every move. I’m a living example for them of what can happen when you dream big dreams and work hard to achieve them.

I’m often asked by students what will happen if this film becomes a major hit. Will I quit teaching for the bright lights of Hollywood? Probably not, I tell them. I love my job and my students too much. If I inspire even one of them to pursue and realize their own filmmaking dreams, it will make my own long and winding road, from Saskatchewan to Hollywood and back again, all the more worthwhile.

View In Gallery
BIO Tom Simes
Tom Simes is the writer-director of "Because of Gracia," which opens nationwide on September 15, 2017.

Tom Simes is the writer-director of "Because of Gracia," which opens nationwide on September 15, 2017.