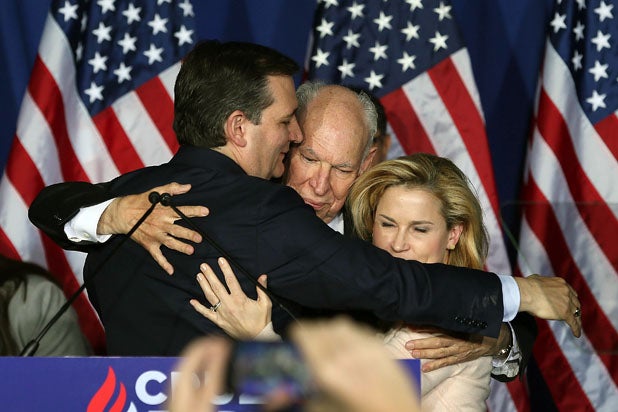 After getting pummeled in Indiana’s Republican primary on Tuesday, Ted Cruz officially suspended his presidential campaign and immediately became the butt of every joke on Twitter.

One of the most jokes was that Cruz was now free to go back to being the Zodiac Killer, referencing a recurring meme that has plagued Cruz for much of his campaign.

Some users celebrated the fact that Cruz was no longer in the running, but others were quick to point out that he still has a U.S. Senate seat to return to. “I was gonna laugh at Ted Cruz but then I remembered he’s still one of my Senators, so the joke’s still on Texas. Sigh,” wrote one user.

Carly Fiorina's merger with Ted Cruz ended up being shorter lived than a Kardashian marriage.

I was gonna laugh at Ted Cruz but then I remembered he's still one of my Senators, so the joke's still on Texas. Sigh.

At least Ted Cruz can go back to the Senate and find solace and comfort with his many friends there.

Sen. @TedCruz should be proud of his strong and disciplined campaign. Texas is lucky to have you. Best wishes going forward. -John

.@realDonaldTrump will be presumptive @GOP nominee, we all need to unite and focus on defeating @HillaryClinton #NeverClinton