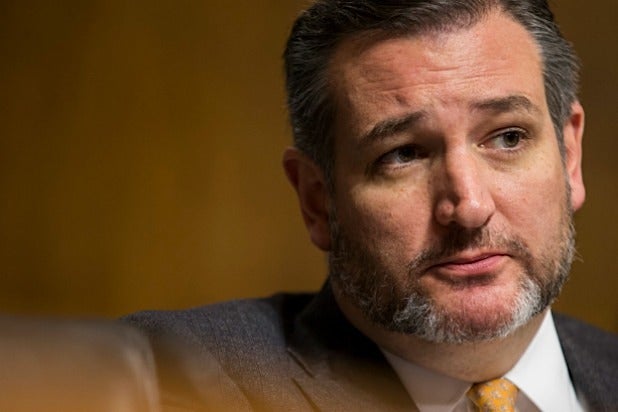 Sen. Ted Cruz tried to use comic books to illustrate a point against environmentalists in a clip passed around Monday and Tuesday. It went over poorly, both among fans and creators.

“Have you noticed in how many movies, how often rabid environmentalists are the bad guys? Whether it’s Thanos or… go to ‘Watchmen.’ The view of the left is people are a disease,” Cruz said on his streaming show, “Verdict,” while trying to explain his view that Democrats and progressives want to tell conservatives which jobs they can and cannot have.

He went on to insist that left-leaning politicians and voters buy into the idea that “there are too many people in the world, that people are bad and that everything would be better if we had fewer people.” To make his point, he cited Thanos, the villain in “Avengers: Endgame” who seeks to wipe out half the population.

“Hi, @SenTedCruz,” wrote Lila Byock. “Watchmen writer/producer here. Literally what the f— are you talking about?”

“Guardians of the Galaxy” director James Gunn quipped, “Maybe he can start with pronouncing Thanos correctly & then work his way up to making sense.”

Comic book artist Jamal Igle went a deeper, explaining, “Just so that we’re clear: Thanos was a genocidal madman. He thought wiping out half the population of the universe would make things better. He admitted he was wrong because people were mad and then decided to just wipeout everything and start over. That’s not environnementalism. [sic]”

Others, like filmmaker Adam Best, got more political: “Thanos didn’t think half the population mattered, which is exactly how the president Ted Cruz spent the last four years worshipping felt.”

Sen Ted Cruz: "Have you noticed in how many movies how often rabid environmentalists are the bad guys? Whether it's Thanos or go to 'Watchmen.' The view of the Left is people are a disease" pic.twitter.com/fthdBWVSWv