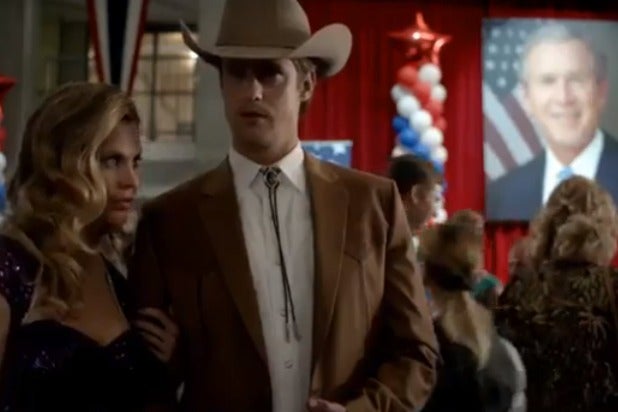 Sen. Ted Cruz made an unwitting cameo on “True Blood” Sunday when the show portrayed vampires killing people who attended one of his fundraisers. The potential 2016 Republican presidential candidate offered his review on Facebook Tuesday, and it isn’t going to help the show’s score on Metacritic.

The episode featured vampires insulting attendees at a fundraiser at the George W. Bush Presidential Library. A massacre ensues.

“Of all the places I never thought to be mentioned, HBO’s ‘True Blood’ vampire show would have to be near the top of the list,” Cruz wrote. “Sunday night, they aired a misogynist and profanity-ridden episode where Texas Republicans are murdered attending a ‘Ted Cruz fundraiser.'”

“Well, I’m sorry to have lost the vampire vote, but am astonished (and amused) that HBO is suggesting that hard-core leftists are blood-sucking fiends….” he added.

Soon after, he tweeted: “Then again, I guess I never had a chance w/ the vampire vote since the dead tend to vote overwhelmingly for Dems.”