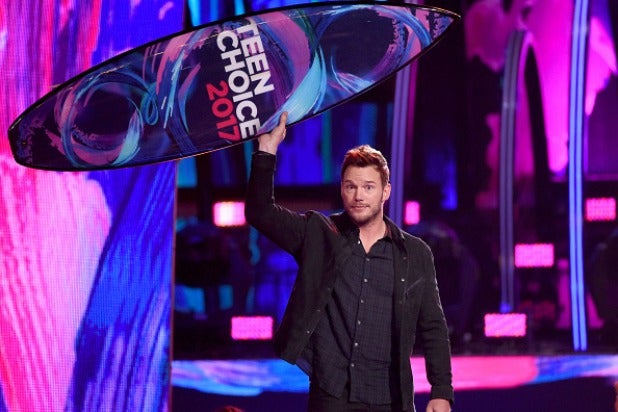 Sunday’s Teen Choice Awards on Fox got a boost from 2016, although the telecast was still not the night’s top choice for many people.

However, Fox was fourth in total viewers for the night, even landing behind NBC, which aired reruns.

NBC and Fox tied for third in ratings, both with a 0.6; Fox had a 3 share, and NBC had a 2. NBC was third in total viewers with 3.1 million, and Fox was fourth with 2.0 million. NBC aired nothing but reruns, while the Teen Choice Awards was Fox’s only original program — repeats led into the special.

Telemundo and Univision tied for fifth in ratings, both with a 0.3/1. Univision was fifth in total viewers with 1.1 million, and Telemundo was sixth with 913,000.