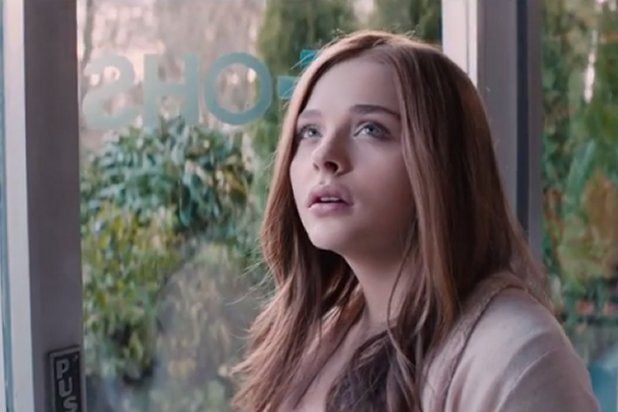 Warner Bros., MGM, and New Line’s “If I Stay” arrived in theaters at 7 p.m. Thursday night, taking in $1.1 million in an early start to its opening weekend.

RJ Cutler directed the adaptation of Gayle Forman’s hit YA novel. The film stars Chloe Grace Moretz as a girl who is critically injured in a car crash that kills the rest of her family, and, in the spirit of an emo teen version of “Our Town” and “It’s a Wonderful Life,” has an out-of-body experience that helps her decide whether to fight for life (she’s got a boyfriend) or join her deceased brood.

Also read: Chloe Moretz Tearjerker ‘If I Stay’ Feels Like ‘Fault in Our Stars’ Lite – and Should Win Box Office

If all goes right, the film could tip the scales around $20 million and win a light weekend at the box office.

The film it is most compared to (and not favorably), “The Fault in Our Stars,” took in a massive $8.2 million in Thursday night screenings, a figure swelled by a special 650-theater promotion that featured a simulcast Q&A with the film’s stars Shailene Woodley and Ansel Elgort.

The teen cancer-themed romantic drama went to post a huge $26 million first-day Friday, a surge that helped it to a $48 million opening weekend in early June. The film has made $271 million worldwide, including $124 million in the US alone.