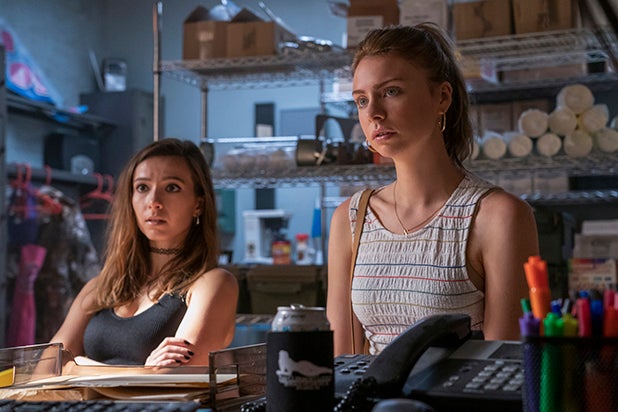 Netflix has canceled “Teenage Bounty Hunters” after one season, TheWrap has learned.

The comedy, executive produced “Orange Is the New Black” creator Jenji Kohan, debuted back in August with a 10-episode first season.

The series starred Maddie Phillips and Anjelica Bette Fellini as sixteen-year-old fraternal twin sisters Sterling (Phillips) and Blair (Fellini) Wesley, who joined forces with a veteran bounty hunter to “dive into the world of bail skipping baddies while still navigating the high stakes of teenage love and sex.”

The series debuted to largely positive reviews from critics but little buzz compared to other Netflix originals like “The Umbrella Academy” and “Lucifer.”

News of the show’s cancellation comes the same day the streamer announced it would not proceed with a fourth and final season of “GLOW,” another popular Netflix original, due to the effects of the coronavirus pandemic. The wrestling dramedy, also produced by Kohan and Hermann, joined the streamer’s “I Am Not Okay With This” and “The Society” in getting axed over scheduling and budget concerns related to the pandemic.