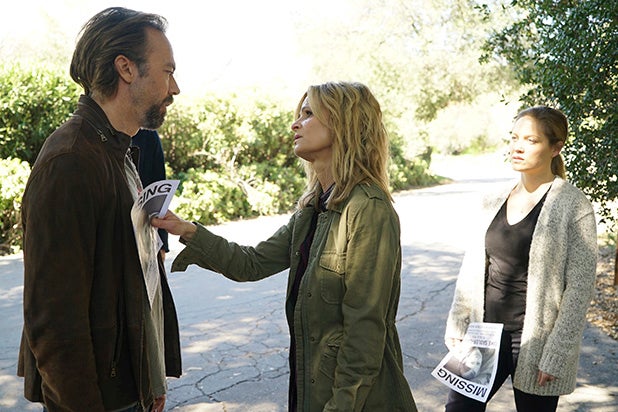 ABC is taking “Ten Days in the Valley” for a ride.

The network is shifting the low-rated Kyra Sedgwick drama series from Sundays to Saturdays as of Dec. 16.

Back-to-back episodes will air on Dec. 16 starting at 9 p.m. The show will air one episode on the following two Saturdays at 10, with a two-hour season finale airing Jan. 6 at 9.

In place of “Valley,” ABC will air back-to-back original episodes of “Shark Tank” at 9 and 10.

Sedgwick, who stars as a TV writer whose daughter goes missing, told The Daily Beast last month that ABC was “not doing a good job getting the word out” about the show.