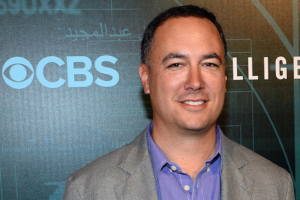 ‘Tenet’ Could Lose Money But Still Be Vital for Hollywood

After multiple setbacks, Warner Bros. is trying an unprecedented overseas-first strategy to release Christopher Nolan’s $200 million thriller “Tenet” during a global pandemic that could be valuable to the film industry even if the box office returns are lackluster. But first, it has to actually get to theaters…and that’s no guarantee.

“We don’t even know if theaters overseas will have to close again if the pandemic worsens, and there’s no precedent we could lean on to come up with an estimate on how much this movie could make,” Boxoffice editor Daniel Loria told TheWrap. “The pandemic has thrown out all the usual models on audience turnout and marketing spends, so there’s no telling if it is even possible for ‘Tenet’ to break even. But the industry still needs ‘Tenet’ to come out so we can get some idea of how a new release could perform under these conditions.”

On Monday, Warner announced that Christopher Nolan’s cryptic thriller will be released in 70 countries on Aug. 26, including major markets in Europe along with Korea, Japan, Australia and Canada. The film will also open in the U.S. in select cities during Labor Day weekend a week later.

That means that Warner will settle for a release at drive-in theaters and in any states that may have cinemas open five weeks from now. That’s unlikely for most states since infections and hospitalizations are still rising in much of the U.S. and the very few that have contained the virus, like New York, have yet to allow theaters to reopen since they are considered high-risk environments for contracting COVID-19.

Also Read: Summer Blockbuster Season Is Lost: What About the Rest of 2020?

So “Tenet” will be relying on international markets to turn some sort of profit, and there’s still a chance that a significant outbreak could ruin Warner’s plans in much the same way that the past month’s U.S. infection surge ruined plans to salvage the American summer blockbuster season. Just this past week, an outbreak in Barcelona, Spain, prompted officials to shut down all cinemas in the country’s Catalan region. If other major markets are forced to close their theaters again next month, it could send  Warner back to the drawing board.

But the outlook is foggy even in countries that can keep theaters open. In many overseas markets, theaters have been reopened for several weeks playing a mix of classic titles and new local releases since new Hollywood releases have all been postponed. The results have been mixed.

On one hand, South Korea saw the release of “Peninsula,” a spinoff of the acclaimed zombie horror film “Train to Busan” that grossed $21 million in its first two weekends, including a $13.2 million five-day opening weekend. While that’s well below the $24 million opening that “Train to Busan” earned in 2016, it was an encouraging sign that moviegoers would still turn out, under social distancing protocols.

On the other hand, France filmgoing has remained depressed even though theaters have been open since June 22. While some French films have been released in theaters, admissions remain 70% below pre-pandemic levels, Boxoffice reported. The big problem: a lack of starry new Hollywood films as planned Hollywood summer draws like “Tenet” and Disney’s live-action “Mulan” have moved back again and again.

“The Le Grand Rex, one of Paris’ most famous theaters, is temporarily closing because not enough tickets were being sold to cover operational costs,” Loria said. “There had been some hopes that maybe local films could tide theaters over until ‘Tenet’ and ‘Mulan’ came out in mid-July, but when those films got pushed and the numbers didn’t jump up, it forced another voluntary shut down. That’s how bad some theaters need Hollywood to provide new movies.”

Ideally, the global theater industry will see steady increases in admission over the course of August, with no major outbreaks derailing the momentum. Aside from Korea and Japan, no major markets have seen weekend grosses rise above $1 million yet. But if ticket sales continue to increase, it could be a sign that people are getting more comfortable with going to theaters again and may be interested in seeing new films like “Tenet.” Sporting events like UEFA Champions League and Formula 1 will provide ample opportunities for marketing.

But given that “Tenet” has a reported $200 million production budget, will it be able to break even with a scaled-down theatrical release? Nolan’s last film, “Dunkirk,” took in $337 million overseas and $526 million worldwide. It was regarded as a reasonable measuring stick for “Tenet” prior to the pandemic.

Now, Loria is not so sure that “Tenet” could reach that mark, which is a big problem considering that “Dunkirk” had a much smaller production budget of $100 million.

“Usually, we’d be able to roughly estimate the break-even point on a film by estimating its marketing spend. Considering how the industry is still trying to figure out how to market a film during a pandemic, there’s no way we could come up with a confident guess,” he said.

A rep for Warner did not immediately respond to requests for comment on this story or its marketing plan.

Nolan has said that he wants “Tenet” to be a life preserver for movie theaters, and it could still serve that role even if Warner Bros. doesn’t get the return on its investment that was anticipated pre-pandemic. Studios and theaters both need a major new release to hit theaters to provide some sort of gauge on what box office numbers they can hope for provided that coronavirus spread is contained and theaters are able to maintain moviegoer confidence in their safety measures. Perhaps the days of billion-dollar global hits — or even $500 million — are gone until a COVID-19 vaccine is available. But if turnout can support a lower-budget film like “Crazy Rich Asians” or “Get Out,” that may help distributors adjust their strategies at a time when there have been no safe bets.

“The performance of ‘Peninsula’ in Asia was very encouraging to a lot of us watching theaters reopen there,” Loria said. “The restrictions on theater attendance and moviegoer confidence will change from country to country, but Korea is showing everyone that we can still have a box office hit if everything is done right.”