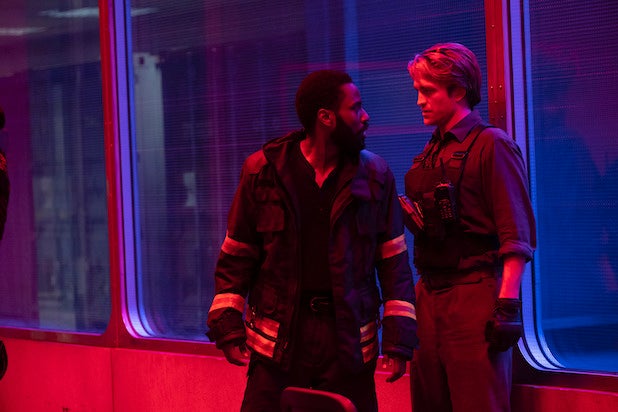 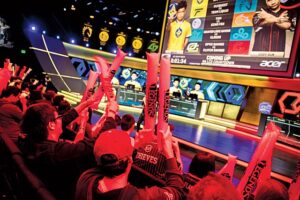 Director Christopher Nolan has been a champion of movie theaters, vowing to use his latest film, “Tenet,” to help them in the midst of a pandemic-fueled crisis. Based on this weekend’s numbers, it’s mission accomplished.

Despite constraints such as capacity restrictions and other social distancing measures, “Tenet” grossed $53 million this weekend from 41 countries. That includes a $7.1 million opening in the U.K. and personal opening weekend records for Nolan in nine countries.

IMAX, which provided cameras and heavy marketing support for the film, reports that the film earned $5 million from just under 250 screens worldwide, meaning that IMAX “Tenet” screenings earned a global per screen average of approximately $20,000, even though auditoriums were forced to cut max capacity by at least 50%. Even in Sweden, where only 50 people total could buy tickets to a single screening, IMAX says that per screen averages reached $38,000, close to pre-pandemic levels.

While “Tenet,” with a $200 million production budget before marketing, still has a way to go to become profitable for Warner Bros., the studio said that the film’s performance exceeded expectations given the circumstances, and analysts agree.

“In this environment, which is challenging, to say the least, this opening is pretty remarkable,” Comscore analyst Paul Dergarabedian said. “There’s been so much speculation about when this movie might come out, whether it would even come to theaters, which is so different from the conversation that usually surrounds a Christopher Nolan film, which is usually about the mystery. To see it do so well despite the rocky road to release should be very encouraging not just for Warner Bros., but for all studios and exhibitors.”

After a new surge in COVID-19 infections in the U.S. forced “Tenet” off its July 21 release date, Warner Bros. decided to take an unconventional approach and release the film overseas first before releasing it in the U.S. and China on Labor Day weekend. While “Tenet” isn’t expected to match the $100 million-plus Chinese opening of the Sino-Japanese War film “The Eight Hundred,” the solid performance of a re-release of Nolan’s “Interstellar” has given analysts reason to believe that “Tenet” could perform well there next weekend.

Also Read: 'Tenet' Reviews Run the Gamut From 'Slick' and 'Thrilling,' to 'Incomprehensible'

As for the U.S., it’s still anybody’s guess what the film’s ceiling is. Analysts expect that the film will open on at least 3,000 screens domestically, but moviegoers in several major markets will have to either wait for theaters to reopen or find a drive-in to see the film on Labor Day weekend. “Tenet” will be an experiment in word-of-mouth as well, as any interested American moviegoers will have a week’s worth of reception from critics and overseas audiences to take in. Major Hollywood blockbusters don’t typically face such a situation, considering that U.S. theaters are always part of the first wave of release. But it will be curious to see how audiences beyond Nolan’s devoted fanbase turnout, as critics have generally praised the film as a blockbuster but also warn that it is Nolan’s most opaque and confusing film yet.

But “Tenet” wasn’t the only film hitting the big screen this weekend. Here are some other big takeaways:

The top domestic opening this weekend was the long-delayed “X-Men” horror film “The New Mutants,” which earned just over $7 million from over 2,400 screens, including a special drive-in at the Rose Bowl in Pasadena. It’s a bump up from the $4 million opening that “Unhinged” earned domestically last weekend, and which Disney distribution head Cathleen Taff says meets their expectations.

“I think ‘so far, so good’ is an apt description for the theatrical market right now,” Taff told TheWrap. “Like everyone else in the industry, we are keeping our expectations low, but we were pleased to see a solid turnout for ‘The New Mutants’ from drive-ins and reopened theaters and we’re glad that theaters are steadily reopening after being shut down for so long.”

Much like “Dark Phoenix” last year, “The New Mutants” was rejected by critics with a 32% Rotten Tomatoes score. But Disney could afford to send out “New Mutants” as a COVID-19 trial balloon, as it inherited the final installment of the “X-Men” series as part of the 20th Century Fox acquisition and was not on the books for the film’s reported $65 million production budget.

The bigger question for Disney is how its plans to release “Mulan” on premium video on-demand next weekend will pan out. With much of the domestic market still in limbo following the July pandemic surge, Disney decided to make the film available to Disney+ subscribers for a premium $30 price. With tens of millions of subscribers gained over the past year, Disney would only need roughly six million of them to buy the film at that price in order to break even, and the revival of the Chinese box office gives “Mulan” a chance to still earn a hefty foreign theatrical sum. But it’s still unknown how many millions of dollars Disney’s latest remake will lose to the pandemic.

At least half of theaters are reopened, which is according to plan

The movie theater reopening process is moving along, with studios reporting that between 60 and 70% of American cinemas are now back online even with Hurricane Laura causing immense damage in Louisiana and Texas this week. Comscore is more conservative in its estimates, saying that approximately 50% of domestic theaters were reopened.

AMC, the nation’s largest theater chain, has roughly half of its theaters reopened, and hundreds more are expected to reopen by Labor Day weekend. While the final numbers won’t be known until next Friday at the earliest, as much as 75% of theaters in the U.S. could be reopened in time for “Tenet.”

“The trajectory has been about what the industry would want. No one expects every theater to be reopened anytime soon, especially considering the situation in New York and California,” said Dergarabedian. “But that’s okay because what it could mean is that ‘Tenet’ and other films coming out now could leg out down the road once larger markets are able to reopen their theaters and moviegoers there are able to see these films.”

But as positive as that may be, the theaters that won’t be open for Labor Day are some major moneymakers for the box office, which is why …

Here is a list of some of the major U.S. cities that have not reopened theaters: New York, Los Angeles, San Francisco, Seattle, Miami, Philadelphia, Portland and Detroit. While some top markets like Chicago and Austin are back in business, it will likely be up to drive-ins and theaters in smaller towns to carry the load as the domestic box office slowly wakes up.

On Friday, California Gov. Gavin Newsom announced a new system by which counties in the Golden State will be able to steadily reopen businesses, determined by whether a county reaches certain thresholds on the number of new infections and positive tests. Theaters will be allowed to open with 25% capacity in counties where the weekly number of new infections per 100,000 people falls below seven, with the capacity raised to 50% if that number falls below four. But Los Angeles may be an exception, as county health officials there have said that they may consider keeping theaters closed even if L.A. reaches those marks.

In New York, Gov. Andrew Cuomo, who has warned repeatedly that theaters are considered high-risk environments for contracting COVID-19, says that state officials are still “calibrating the reopening” of movie theaters and other non-essential businesses, such as shopping malls and casinos. Regardless of how long it takes, this will mean that “Tenet” will only be available at drive-ins in some of the most important cities and states for the box office. It’s a reason why, despite the cautious optimism of the past two weeks, expectations for domestic opening weekend are still being kept low.

“No film in history has had the market environment that ‘Tenet’ will have,” Boxoffice analyst Shawn Robbins said. “It’s coming out in the U.S. when so many major cities are still keeping theaters closed, but it is going to have practically the entire market to itself. However the film does at the box office, it will be on a pace completely different from any other modern blockbuster, and we won’t be able to make any complete conclusions about its success until many weeks from now.”