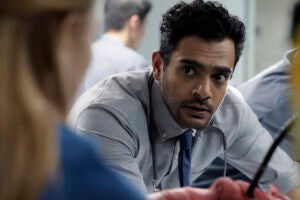 ”A single weekend isn’t going to be enough when the number of theaters open fluctuates ever week,“ analyst Paul Dergarabedian says

Usually, a film’s opening weekend at the box office provides a pretty clear picture of how profitable its theatrical run will be. But in a COVID-19 world, no one in Hollywood’s C-suites wants to make that call about Christopher Nolan’s “Tenet” — the $200 million Warner Bros. tentpole that earned $20 million over Labor Day weekend in 2,810 reduced-capacity theaters.

That box office performance is way below Nolan’s recent hits — “Dunkirk” debuted with $50.5 million in  2017 before a $190 million domestic gross — but it was also consistent with what analysts and theater owners told TheWrap they expected. Those estimates were based on the number of theaters open, the limited capacity and the debut weekends of “Unhinged” and “The New Mutants,” two studio films that had opened in late August just as North American theaters began reopening.

But with thousands of theaters — many in major cities — still closed, and virtually all operating at either 25% or 50% capacity, it’s difficult to predict how much “Tenet” might make this weekend, let alone in a month.

“It’s going to take so long to get that final number that studios will have to chart their own course,” Comscore analyst Paul Dergarabedian said. “If we are going to apply what data we get from reopening theaters to the future, we’re going to need to expand the time scale, because a single weekend isn’t going to be enough when the number of theaters open fluctuates ever week.”

Also Read: AT&T CFO John Stephens Saw 'Tenet' in Theaters and 'Couldn't Have Imagined' Enjoying It as Much at Home

Traditional metrics for measuring a film’s success are on hold for the moment. “The usual pattern of a strong opening weekend followed by steady dropoff isn’t going to happen. It’s going to be more of a roller coaster,” Dergarabedian said. “So much of box office analysis relies on comparisons to similar films and release patterns and that’s impossible to do in a pandemic.”

That means that for all the studios watching how Warner Bros. handles “Tenet” in the coming weeks, there’s a lot more they’ll have to see before they make a final judgment call on whether to move forward on releasing their own films this fall and in the coming holiday season.

One distributor who spoke with TheWrap on condition of anonymity said he thought “Tenet” had a “solid start” given the circumstances and was pleased that many theaters could finally open again, but said that it will likely take a whole month before we see whether other studios commit to their current Q4 release slate or begin yet another wave of rescheduling. “We’re going to have to learn more about who is showing up to theaters and where, especially since New York and L.A. are still closed,” the executive said. “We essentially have to establish every aspect of what this new normal looks like, even what we take for granted.”

The good news is that most studios have time. The majority of films still slated for theatrical release in October are either independent films or studio releases with low- to mid-level budgets like Universal’s “Candyman.” Disney, which pushed “Mulan” to premium video on-demand in response to the delay in theater reopenings, will have several weeks to decide whether to commit to the current November releases of two major films — Marvel’s “Black Widow” and Pixar’s “Soul.”

In fact, the studio that has to learn quickly from the results of Warner Bros.’ release strategy for “Tenet” is… Warner Bros. The studio’s next big-budget tentpole is “Wonder Woman 1984,” another $200 million-budgeted release that was pushed from an early June release to October 2. While the studio hasn’t begun the bulk of its marketing campaign for the highly anticipated DC Films sequel, the trailer was a major aspect of the recent DC Fandome event. Warner is also set to release the first trailer for its big November release, “Dune,” another sign that the studio is still moving forward on its theatrical strategy for now.

But as we have learned, the pandemic can disrupt plans without warning. “Tenet” seemed well on its way to releasing in July until a huge nationwide surge in infections forced the move to Labor Day weekend. The Fourth of July holiday was cited as a major factor in that spread as people went outside to celebrate without taking proper safety precautions. Labor Day brought fears from epidemiologists that a similar surge could come, prompting many state officials to roll back reopening efforts. Due to the nature of viral spread, we won’t know if theaters face another setback for another couple of weeks.

That’s the worst-case scenario for studios and theaters. In the best case, containment efforts continue to move forward, contact tracing — limited as it is in the U.S. — does not point to theaters as a major spot for COVID-19 transmission, and major cities finally reopen cinemas in time for the holiday season. California took a tiny step in that direction, announcing Tuesday that Orange County could reopen theaters with 25% capacity this weekend. On Sunday, Warner insiders told TheWrap that “closure-adjacent markets” like San Diego and New Jersey did strong business for “Tenet” thanks in part to New York and L.A. residents who drove to theaters to see a film. If L.A. County does not open theaters anytime soon, the presence of open theaters in nearby counties could give studios more confidence in releasing films theatrically.

“The more theaters that reopen, the more confidence we can have in the numbers,” one studio exec says. “And the more films that come out, the more we learn about how different demographics are interested in going out to the movies right now, because ‘Tenet’ isn’t exactly a film for everyone. Of course, that means that another studio is going to have to take that big leap that Warner Bros. has made.”