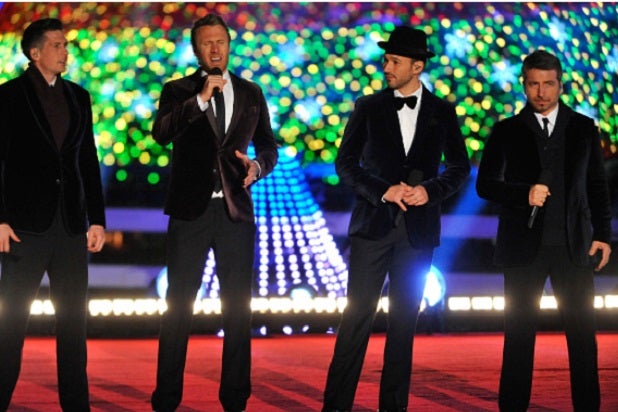 Days after causing an uproar by injecting the phrase “all lives matter” in a performance of “O Canada” at the MLB All-Star Game in San Diego on Tuesday, singer Remigio Pereira has issued an apology.

In a video posted to his Facebook page Friday, Pereira — who was suspended from Canadian singing group The Tenors following the performance, said: “I want to apologize for changing the Canadian national anthem. I know that the anthem is very revered … and in no shape or form was I intending to disrespect it.”

During the performance of “O Canada” at the All-Star Game, the lyrics were altered to, “We’re all brothers and sisters. All lives matter to the great.”

The phrase “all lives matter” is seen by many as backlash to the Black Lives Matter movement, though Pereira denied in his apology that he’s prejudiced.

“I would like to say by no means am I racist,” the singer said. “I have a biracial daughter, I grew up in a multicultural environment where my best friend was black.”

Following the performance, The Tenors announced that they were “shocked and embarrassed” by Pereira’s alteration of the tune, and that the singer “will not be performing with The Tenors until further notice,”

Pereira later sought to clarify his intentions, tweeting, “I speak for the human race and the lives of all sentient beings. Love, peace and harmony for ALL has always been my life’s purpose.I’ve been so moved lately by the tragic loss of life and I hoped for a positive statement that would bring us ALL together. ONE LOVE. That was my singular motivation when I said all lives matter.”