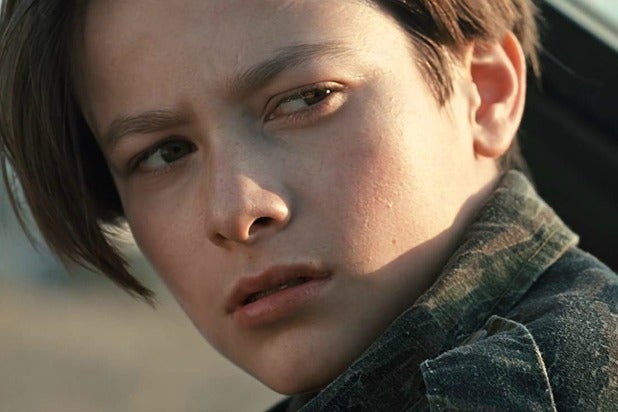 (Spoilers ahead for “Terminator: Dark Fate”)

The “Terminator” franchise is a weird thing because the powers-that-be behind these movies have made repeated attempts to soft reboot the series over the past decade. In Hollywood, parlance, a “reboot” is a fresh start — with a “hard” reboot meaning the franchise begins again from scratch, and a “soft” reboot involving an attempt to sort of refresh the series while still acknowledging the previous films. “Salvation” tried to reboot the series into being about the future post-apocalyptic war against the machines. “Genisys” tried to recontextualize the battle through time in order to dramatically alter the franchise dynamic. And “Terminator: Dark Fate” tries to just do it again with new people and also the old people — not unlike what “Star Wars: The Force Awakens” did.

Part of what “Dark Fate” does to reset things involves getting rid of some of the franchise’s existing x-factors. One of those casualties is John Connor, the hero fated to lead the remnants of humanity in a successful uprising against Skynet after Skynet nukes the world on Judgment Day.

John has been a key figure in all five of the previous “Terminator” movies — including the first one, even though he didn’t actually appear in that movie. But in “Dark Fate,” he’s killed off at the very beginning of the movie, the victim of yet another Arnold Schwarzenegger terminator, as his mother, Sarah (Linda Hamilton), looks on.

It’s a pretty surprising turn of events for those of us who have followed this franchise for so long, but not as catastrophic as it may initially seem. Let’s break down John Connor’s murder within the context of the new direction that “Dark Fate” is trying to take us.

The big picture of this new film is that Skynet really was defeated back in “T2,” but a different AI rose up, caused a Judgment Day of its own at some point in the future, and the same time loop from the first movie happens again but with different people.

The symmetry between the whole time loop in “The Terminator” and “T2” is thorough. Not only will a different AI rise up to destroy the world, but a different hero — Dani Ramos (Natalia Reyes), in this case — will rise up to save it. See, no worries.

While the creatives behind “Dark Fate” apparently intended for the film to maintain continuity with only the first two movies and disregard the other films, novels, the TV show and everything else, this approach is spiritually in line with the many other stories that fleshed out the “Terminator” universe and granted at least semi-coherence to its cycle of time. It’s as if, as the T-800 declares in “Terminator 3: Rise of the Machines,” that “Judgment Day is inevitable.” Or, as Skynet itself declares in the novel “T2: Rising Storm”: “It seems there is a certain elasticity to history; time travel can bend the fabric, but it seeks to spring back.”

The idea there is that all this time travel may change the past, but history will eventually correct itself. So machines will always destroy civilization, and people will always win in the end. I don’t know that “Dark Fate” is really pushing this idea in the same terms as those other stories, but it certainly works out the same as presented in the movie. In that sense, it probably didn’t ever actually matter if John Conner survived in the past — no matter what, somebody would have led humanity to victory in the end.