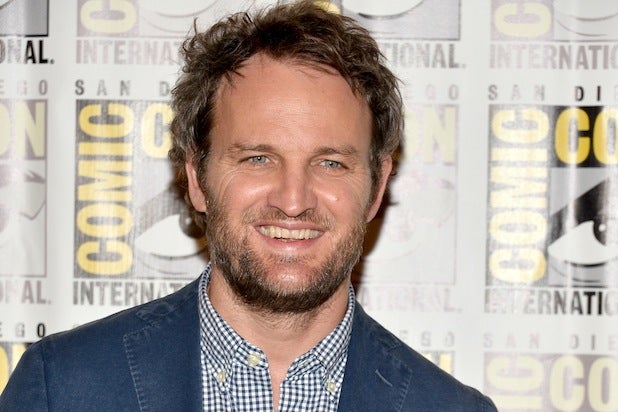 “Zero Dark Thirty” star Jason Clarke is in early talks to play John Connor in the new “Terminator” movie from Paramount, Annapurna Pictures and Skydance Productions, an individual close to the project has told TheWrap.

Alan Taylor (“Thor: The Dark World”) is directing the reboot of the blockbuster sci-fi franchise, which was expected to cast its female lead of Sarah Connor before her heroic son, who leads the human resistance in the war against machines in the “Terminator” mythology.

Hollywood has been waiting with baited breath to see who would land the coveted role, which is expected to go to either Emilia Clarke (“Game of Thrones”) or Brie Larson (“Short Term 12”). Taylor, who has directed numerous episodes of “Game of Thrones,” is said to favor Clarke, while Paramount prefers Larson, having cast her opposite Mark Wahlberg in “The Gambler” on the belief that she’s a rising star. The two sides will have to come to a decision soon, as Paramount only has holds on the two actresses until Dec. 15.

Taylor and Co. have been looking for a rugged leading man and Clarke fits the bill, having already established a rapport with producer Megan Ellison thanks to his lead role in “Zero Dark Thirty.”

Taylor was said to have had his eye on Tom Hardy, but he has spent the last two years filming “Mad Max: Fury Road” and is planning to shoot the Elton John biopic “Rocketman” and Takashi Miike’s “The Outsider” in 2014.

Now it’s Clarke who is poised to join original star Arnold Schwarzenegger, who will be back in an unspecified capacity.

The filmmakers are also in the midst of casting Kyle Reese, who ultimately fathers John Connor. Reese was played in by Michael Biehn in James Cameron’s original 1984 movie, which has spawned three sequels as well as a TV series. Another TV series is currently in the works that will be based on the new “Terminator” movie.

Annapurna acquired rights to the “Terminator” franchise in May 2011 before Megan Ellison decided to join forces with her brother David Ellison, who has more experience producing action-heavy tentpoles under his Skydance banner.D

Clarke, who recently co-starred in “The Great Gatsby” and “White House Down,” will soon be seen as the male lead in “Dawn of the Planet of the Apes.” He also has Terrence Malick’s “Knight of Cups” and Daniel Espinosa’s “Child 44” on the horizon, while “The Better Angels,” in which he plays Abraham Lincoln’s father, will debut next month at Sundance. Clarke is slated to star in Baltasar Kormakur’s “Everest,” which he’s expected to shoot before segueing to “Terminator.”