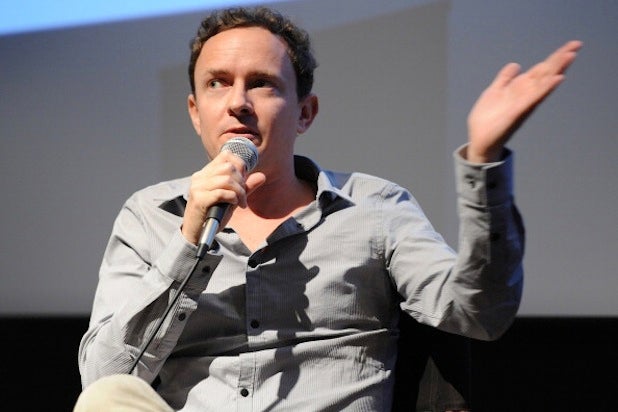 Cullen Hoback felt an “impotent frustration” when he was filming “Terms and Conditions May Apply” his documentary about Americans’  laissez-faire attitude about being constantly monitored by social-media services and the NSA.

“When I was shooting this, there was a real sense that no one was listening,” Hoback told the crowd at a Q&A following TheWrap’s showing of the documentary, part of the site’s Awards Screening Series. “How,” he asked himself, “do we get people to care about privacy?”

That’s no longer the case, he told the evening’s moderator, the site’s Editor-in-Chief Sharon Waxman. Not only has he added a postscript about Edward Snowden, but each week the news brings more developments that would easily fit into the film — like Facebook’s latest loosening of its public-vs.-private standards.

Hoback is heartened to see Rep. Jim Sensenbrenner, one of the architects of post-9/11 surveillance policy, “rethinking the very nature of the Patriot Act, in Congress.” Some of his interview subjects “think we’re approaching these issues several years too late. But I don’t really believe in too late,” the filmmaker added. “You can’t roll back the clock, but you can reimagine the future… And I think there are some regulatory policies we can put in place that can make the constitution applicable online.”

Waxman repeated those last five words for dramatic effect, which was hardly lost on the audience that turned out for the first entry of the 2013-14 awards season in The Wrap’s annual documentary screening series.

“You need to have some sort of probable cause to go digging around in people’s private stuff,” said Hoback — or should, he means. “Just because the mail is held by Google doesn’t mean that it’s different from (snail) mail. The reality is that much of what we do in this digital space has an analogy of what used to be physical — so I think we need to figure out ways to maintain that ideology in the digital world. I don’t think the rules should have changed that much.” The phrase Hoback kept repeating was “warrant standard” — a commonsensical bar that rarely is brought up in an era when the idea that the NSA has access to everything is the stuff of resigned late-night comedy gags.

“Terms and Conditions May Apply” isn’t without its share of levity, using original animation and old film clips to illustrate its points about digital-age privacy. But the ultimate effect was to make one audience member only half-jokingly say she was wary to ask a question, assuming that it would be recorded.

Hoback revealed that he spent two solid years making the documentary – but he pretty much scrapped the first year’s work after realizing he hadn’t honed in on the right subject.

“I had an entire version of the film edited which was really about how technology was changing our thoughts and behaviors and how we communicate and develop. And I just didn’t think that was the story afterward. The main thing that jumped out at me was that, click by click, we were letting our privacy be taken from us. So there’s another film on the cutting room floor somewhere! I cut 20-plus interviews, as I went back and picked up cameras again and took what we had left of our budget and started (re-)shooting.”

“That must have been hard,” Waxman remarked.

“It wasn’t the best,” Hoback deadpanned, drawing one of the few knowing laughs in an otherwise bordering-on-grave evening.

The documentarian got another chuckle from the crowd when he answered “yes” to the question of whether this not very Zuckerberg-friendly movie has a Facebook page. But, he added, “I think that we have to use social media to fix social media.”

“Terms and Conditions” has played in about 30 cities via a gradual theatrical rollout, though it’s now available on VOD and services like iTunes. Naturally, the digitally hyperconscious director had a philosophy about that, too, heralding its availability “DRM-free on Vimeo, which is where I would go.”

TheWrap's Awards Screening Series features the most significant films of 2013, followed by Q&A sessions with the film's talent. The films are open to members of the Academy of Motion Picture Arts and Sciences, the DGA, PGA and WGA members, and to subscribers of TheWrap's daily email newsletter, First Take.
KEEP READING..