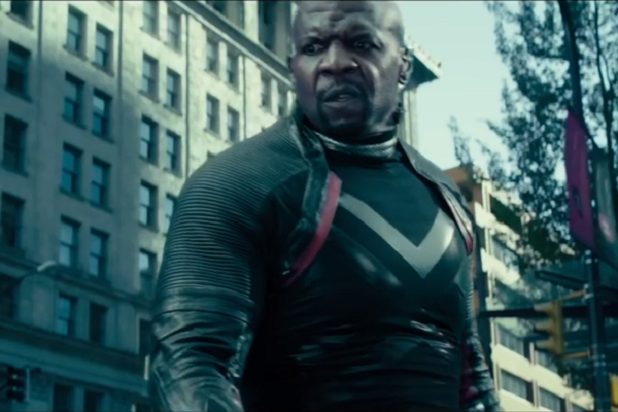 (Spoiler alert: Do not read unless you have seen “Deadpool 2”)

A “Deadpool 2” trailer that had fans buzzing in anticipation of a continuing presence of the X-Force was actually shot to pull the rug from under Marvel fans, says Terry Crews, who played a mutant called Bedlam.

The sneak preview footage played up Deadpool’s plan to create the X-Force after he had sufficiently alienated the X-Men. But the result of the much-hyped skydive scene quickly turns that upside down — as almost every single member of Deadpool’s new team was killed off in comically gruesome ways.

Crews, whose Bedlam meets his end at the hands of an oncoming bus, told Business Insider that the audience reaction at the world premiere gasped when the mutant superteam was squashed.

Also Read: 'Deadpool 2': What Is 'Fridging' and Why Are People Annoyed About It?

“Everything that we shot that isn’t in the movie was done to fool everybody to think that me and the other members of X-Force were going to be in the movie the whole time,” Crews explained.

“When I was first on-screen the audience went crazy, and I just felt so bad because it’s basically a giant practical joke. So I’m just bracing for it and then we jump out of the plane and our parachutes start going wild, gradually you notice the audience can tell something is wrong. As we died one by one I could feel in the audience people realizing that this isn’t the start of X-Force that they thought they were getting. There was just this audible gasp.”

Also Read: 'Deadpool 2' Director David Leitch on That Surprising Vanisher Cameo: 'It Was One Take'

Despite a very brief appearance in “Deadpool 2,” Crews says he’d be open to taking on another Marvel role just like how Josh Brolin went from playing Thanos in “Avengers: Infinity War” to playing Cable in “DP2.” In fact, given the film’s post-credits scene, Crews teases that there’s no guarantee that his time as Bedlam is finished.

“This is Marvel. I’m open to anything and everything,” he said. “And it’s funny, some folks are like this is my only shot at a franchise. But hey […] Michael B. Jordan did ‘Fantastic Four’ and ‘Black Panther.’ There’s no limits here, that I can see.”