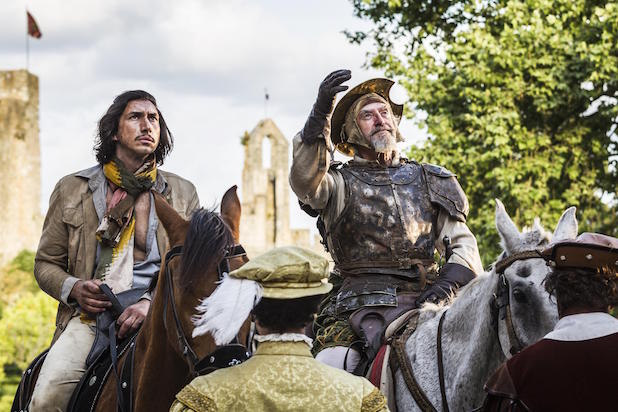 Hours after Amazon Studios dropped Terry Gilliam’s “The Man Who Killed Don Quixote,” a French court decided to dismiss a producer’s bid to stop the film from screening at the Cannes Film Festival.

The long-delayed film, starring Adam Driver and Jonathan Pryce, is now free to screen during the festival’s closing night. Gilliam has been trying to make the film for decades with several failed attempts.

Recently, it’s been involved in legal disputes over its rights. Producer Paulo Branco, who was attached to “Don Quixote” but left after preproduction disputes, sought to block the Cannes closing-night screening. His lawyer issued a statement claiming that Gilliam needs Branco’s permission to screen the film.

But a court in Paris ruled Wednesday that the Cannes screening could proceed on May 19 as planned, Variety reported, so long as it’s preceded by a statement affirming Branco’s claims to the film rights. Branco will also be reimbursed for legal expenses.

Cannes organizers have stood by the film, saying in a statement, “The trouble were caused on this last occasion by the actions of a producer who has shown his true colours once and for all during this episode and who has threatened us, via his lawyer, with a ‘humiliating defeat.'”

Amazon Studios on Wednesday pulled out of its deal to distribute Gilliam’s film in North America because of producers’ failure to deliver it, an individual with knowledge of the situation told TheWrap. The distributor had been an eyeing a fall release.

The film stars Driver as a 21st-century marketing executive named Toby who toggles between modern times and 17th-century Spain, where Don Quixote (Pryce) mistakes him for his trusted squire, Sancho Panza.