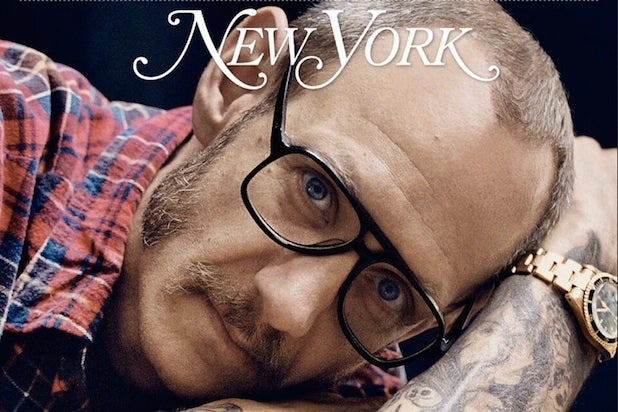 In the wake of New York Magazine unveiling its highly anticipated profile of photographer Terry Richardson, more detractors are coming forward to denounce the story as fluff.

Sarah Hilker, who quit high school to model when she was 17, first met Richardson at a Suicide Girls party and recounted her distasteful interaction with the fashion photographer on Jezebel. Hilker spoke with TheWrap and responded to the news of the article by saying she had no intention of ever working for him again.

“I have no interest in working with him in the future, nor do I have any desire to read a piece on him supporting his work,” Hilker told TheWrap. “I do not doubt the allegations made against him from both models and women based off his personal projects, what I witnessed at the shoot, and how uncomfortable he made me feel by just watching him… it sounds like he needs help, a refresher course on how to maintain a professional attitude in his profession, and some classes on how to respect people.”

Since the article’s Sunday debut, another woman claimed Richardson had abused her and also wrote about her experience on Jezebel.

Sena Cech was one model whose allegations were directly addressed in the piece, though not to her liking. Cech shared her story and was characterized by an anonymous source as the instigator of the questionable interaction with Richardson. Cech put the magazine and Richardson on blast in a statement to Buzzfeed:

The biography paints Richardson as being mentally unstable, abusive and extremely perverted, but it also seems to validate Richardson’s disgusting behavior in the name of “art.” I was abused by Richardson when I was 19, while I was working in debt to my modeling agency that sent me to his casting, and I was quoted in the article. Therefore, I feel it is necessacary [sic] to make a statement. Not because I care what becomes of this poor sick man, but because I want to be clear that I was sexually harassed at a job interview and that this kind of abuse should not be tolerated. My experience at the Terry Richardson casting stands out among all of the abuse I have endured in my life and in the fashion industry because it was sneaky, sleazy, weird and unexpected. It came from a stranger, and happened at what I thought was supposed to be a professional meeting…

The New York piece features Richardson vehemently defending himself against many of the sexual harassment allegations that have been levied against him over the years. Writer Benjamin Wallace asks, “Is Terry Richardson an Artist or a Predator?” in the cover story’s headline. As expected, the photographer uses the platform to refute many of the accusations.

“It was never just me and a girl ever. It was always assistants, or other people around, or girls brought friends over to hang out,” Richardson said. “It was very daytime, no drugs, no alcohol. It was a happening, there was energy, it was fun, it was exciting, making these strong images, and that’s what it was. People collaborating and exploring sexuality and taking pictures.”

Wallace concludes that Richardson “seemed to have weathered the controversy,” and observes that he negotiated a new contract with Harper’s Bazaar.

Richardson stresses that he never pressured subjects into doing anything they didn’t want to do.

“When I was taking those pictures, I was very, like, ‘Cool, sounds great, let’s do it, great, OK, sure, great, cool, if not, no problem, never do anything you don’t want to do, of course, I totally respect that,'” he said. “I don’t have any regrets about the work at all, but obviously I don’t ever want someone to feel like that. It was never my intention. But also, people do things, and then they have regrets, and that’s also nothing to do with me. Then don’t do pictures like that again… I’m okay with myself about everything, and that to me is the most important thing.”

The story also references two lawsuits filed against Richardson in 2005, involving two different models that claimed he had misrepresented himself when he took illicit photos.

The photographer’s colleagues were also given a chance to take a few swings at those accusing Richardson of misconduct. Alex Bolotow — who is described in the profile as Richardson’s assistant, though Jezebel reports she is his girlfriend since February — takes on some of the accusers:

[Bolotow] has little respect for women like Peck and Waters, who did things with Richardson and then later publicly blamed him for it. (In her first email to Richardson’s studio inquiring about modeling opportunities, Waters wrote, “My name is charlotte. I’m 19 and a pervert”; she now says this was a “poor choice of words.” As for Peck, she has repeatedly maintained that she engaged in sexual acts with Richardson only once, but there are photographs in Kibosh featuring her with different haircuts. “Jesus Christ, I have no explanation for that,” she wrote me after I showed her the images. “I’d be scared this undermines my credibility but if anything I think it shows I was/am more traumatized by the experience than I thought.”) “I think part of being a strong woman is owning the decisions that you’ve made in your life,” Bolotow told me. “Trying to put the onus onto someone else for your own decisions is really cowardly and kind of dishonest.”

The cover story hasn’t cooled the anger of Richardson’s detractors, who maintain that he continues to be inappropriate with his photo subjects and say the story didn’t press him to atone for any of his past behaviors.

Sara Ziff, who is mentioned in the profile, tweeted several missives at Richardson and retweeted someone who said the story was a puff piece.

“No model shld be asked to provide sexual favors at a casting. That’s quid pro quo harassment,” she wrote. “No model shld be expected to pose nude/semi-nude w/out giving her informed prior consent.”