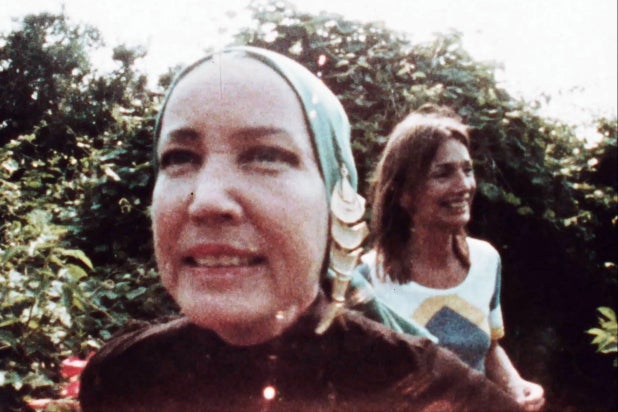 “Grey Gardens,” the 1975 documentary about “Big Edie” and “Little Edie” Beale, two reclusive relatives of Jacqueline Kennedy, has become an uneasy sort of classic, spawning both a 2006 Broadway musical and a 2009 TV movie.

Albert and David Maysles, who directed “Grey Gardens,” had originally been hired as technicians by Lee Radziwill, Jacqueline Kennedy’s sister, who sought to make a film about memories of her father, “Black Jack” Bouvier. Radziwill wanted to interview Big Edie and Little Edie about Bouvier, and they shot four reels of footage before the project was abandoned and the Maysles brothers took over.

“That Summer” unearths or exhumes that original footage, and it is padded out by a prologue and conclusion with the artist Peter Beard, who had accompanied Radziwill on her initial trips to Grey Gardens, the crumbling estate that Big and Little Edie had occupied in isolation for 25 years.

We hear Beard’s voice in 2016 as he flips through old photographs of people like Truman Capote, Andy Warhol, Mick Jagger, and Jackie Kennedy. “She wanted to have a photo lesson, so she got it,” Beard says of Jackie. We then hear Radziwill’s voice on the soundtrack describing the summer she met Beard (this recent audio of Radziwill was provided by Sofia Coppola). Radziwill raves about Beard and says he was “super-looking and had the body of a Greek god.” Given how competitive Kennedy and Radziwill were throughout their lives, it’s hard not to wonder just who got farther with Beard.

This early Beard-related section of “That Summer” is fairly inane and only of interest to those people who are still transfixed by anything that has to do with Jackie Kennedy. But once the film turns itself over to the footage of Big Edie and Little Edie Beale, this movie comes into its own as a fascinating companion piece and prequel to the Maysles Brothers film.

Big Edie and Little Edie are great talkers, as anyone who has seen “Grey Gardens” knows, and they have all kinds of things to say to the camera in this footage from 1972. Little Edie slumps in a chair and talks about how she bought it a long time ago and nobody ever sits in it but her. She calls it “the Disappointed Chair,” but her sense of humor is often cut with her pain and her rage at her mother.

Big Edie emerges in this earlier footage as more of a tyrant with her daughter, and with practically everyone else except Radziwill. “I don’t hate you as much as I did,” Big Edie blithely tells a nurse before crying, “Ah, don’t be presumptuous!” in a fluty tone that is either a parody of a demanding upper-class voice or the real thing itself or some odd combination of the two.

“Grey Gardens” is about Big and Little Edie and their fights with each other and their desperate dependency on each other, while “That Summer” is about them trying out their personas for the camera and dealing often with Radziwill, who changes their whole dynamic. Little Edie is cagey around Radziwill, even if she does boast here about having “yelled” at Jackie over the phone.

Radziwill herself is a very tricky camera subject. Everything about her suggests poise and social ease, and she has real glamour; even her crooked teeth somehow look glamorous. At first, she seems genuinely concerned about her aunt and her cousin, her face a picture of loving distress as she speaks to some men about disposing of some of their most decrepit furniture.

But in her interactions with Big Edie, it seems clear that Radziwill is someone who is chiefly concerned with appearances and with creating a pleasing performance of herself. Her finishing-school voice and immaculate clothes make such a telling contrast to the mental and physical disarray of both Big Edie and Little Edie that her persona feels like an example of what those two women have rejected by making themselves into shut-ins who live as they like.

To Radziwill’s credit, she does seem to partially understand and appreciate their rebellion, even if she uses the nice word “eccentric” to describe her relatives when some tougher words might have been justifiably used. And there is something poignant about the fact that the impeccably dressed Radziwill is now audibly an old lady herself on the soundtrack, devoted to the past just as her aunt and cousin were.

There is a disturbing moment in “That Summer” when Big Edie is talking about vermin in her house and how their numerous cats dispose of it, and then she says to her daughter, “The only vermin is you, Edie.” Big Edie very quickly retreats from this lethally direct statement and says she was merely trying to “spice the conversation with interest.” But this cruel remark is a key to the hate that is the flip side of the love and need that these two women felt for each other, and that hate often animates this prequel, which is essential viewing for “Grey Gardens” fans.