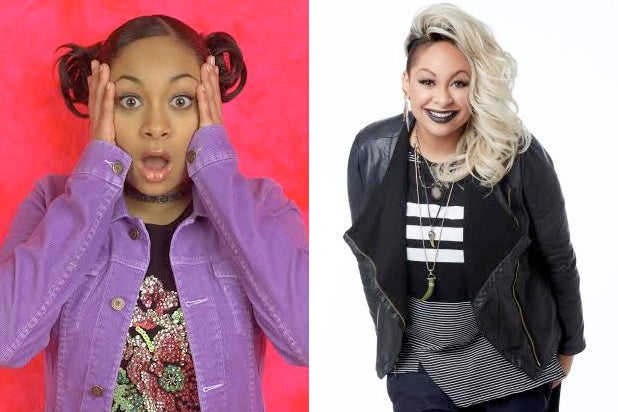 Disney Channel has officially ordered the “That’s So Raven” spin-off to series, the network announced on Tuesday.

Production on “Raven’s Home” is set to begin this month, with the show scheduled to premiere later this year. As previously announced Raven-Symoné and Anneliese van der Pol will reprise their roles from the original series as best friends Raven Baxter and Chelsea Daniels.

The series will pick up with Raven and Chelsea, who are now divorced single mothers raising their two separate families in one chaotic, but fun household full of friends. When one of Raven’s kids begins to show signs that they have inherited her trait of catching glimpses of the future, the already hectic household gets turned upside down, keeping even Raven on her toes.

Also Read: Here's the Real Story Behind Raven-Symone's Exit on 'The View'

“There is only one Raven – and for over 25 years, she has blessed audiences around the world with the greatest gift of all – the pure, unadulterated joy of laugh-out-loud funny. After being a part of over 20 different Disney projects, we are thrilled to be bringing Raven home to Disney Channel once again,” said Gary Marsh, president and chief creative officer, Disney Channels Worldwide.

Raven-Symoné will serve as an executive producer on the series, alongside Scott Thomas and Jed Elinoff of Disney’s “Best Friends Whenever.”

'That's So Raven' Cast: Where Are They Now? (Photos)

Raven-Symone is returning for Disney Channel spinoff, but what about her co-stars?

Then: Playing Raven Baxter, a teenager with psychic abilities who gets into all sorts of trouble.

Raven-Symone is the first confirmed cast member for the new series.