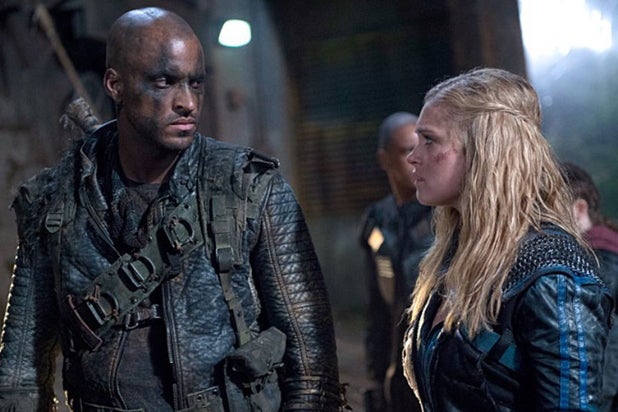 “The 100” star Ricky Whittle blamed showrunner Jason Rothenberg for his departure from the CW series, claiming he was driven off the show with reduced screen time for his character.

“Jason Rothenberg abused his position to make my job untenable,” Whittle said in a recent interview with Afterbuzz TV. “What he did was disgusting and he should be ashamed … He was professionally bullying me, cutting out all the storyline I was supposed to be doing, cutting lines, cutting everything out, trying to make my character and myself as insignificant as possible.”

The actor said that it was his choice to leave the show, a decision made with the support of The CW’s Mark Pedowitz and Warner Bros. head Peter Roth. He also noted that he had previously attempted to leave in Season 2, but was blocked by the network and studio.

Whittle’s character Lincoln was finally killed off the show in last week’s episode, clearing the way for the actor to join the cast of Starz’s upcoming adaptation of “American Gods.”

“It was a shame, and unfortunately [Rothenberg’s] ego cost a character,” Whittle said. He went on to call the way the character was killed “weak.” “Jason was trying to cut me out, and it was childish. It was immature,” he said.

Whittle’s comments follow recent backlash against Rothenberg and the show over the death of Alycia Debnam-Carey’s character Lexa. Fans saw the character’s death as a continuation of the long-standing “Bury Your Gays” trope, which often sees LGBT characters killed off of mainstream TV series.

The executive producer later apologized for the way the character was written off the show. “Knowing everything I know now, Lexa’s death would have played out differently,” he said in a blog post last month.

Rothenberg issued a statement on Wednesday responding to Whittle’s accusations. “Ricky Whittle is a talented actor; I appreciate his work on ‘The 100’ and wish him all the best moving forward on ‘American Gods,'” he said.