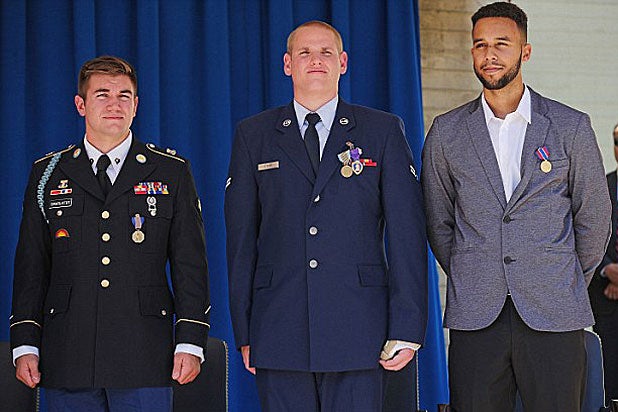 Getty Images
Clint Eastwood's latest film "The 15:17 to Paris" stages a daring casting stunt. It tells the story of three American soldiers, Spencer Stone, Anthony Sadler and Alek Skarlatos, who thwarted a terrorist attack aboard a train bound for Paris. And Eastwood cast Stone, Sadler and Skarlatos to play themselves and relive their heroics. But Eastwood's choice isn't without precedent, as other veterans throughout history have played themselves or versions of themselves on film. Some public figures have even gone beyond simple cameos to actually star in their own life stories. 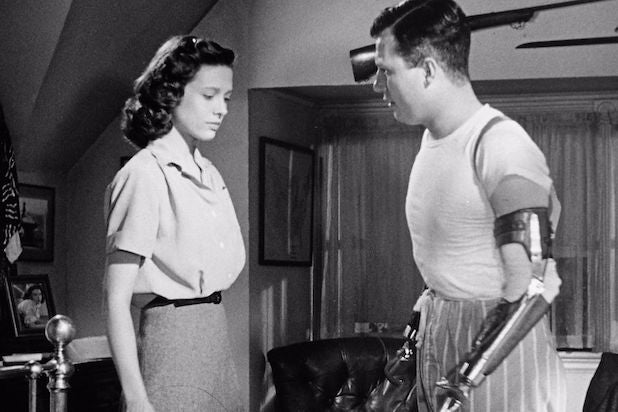 RKO Radio Pictures
Harold Russell - "The Best Years of Our Lives" William Wyler's Best Picture winning masterpiece "The Best Years of Our Lives" was the first great post-war movie of the era, taking a look at PTSD from three different vantage points and ways of life. One of the most shocking and stirring was the story of Harold Russell, who played a version of himself, Homer Parrish, opposite Fredrich March and Dana Andrews. Russell lost both of his arms during an accident while making a training film and was given hooks for hands. His character grapples with the same affliction of trying to fit back into normal life, most poignantly in knowing he can't hold his bride-to-be. Russell is one of two non-professional actors to win an Oscar. 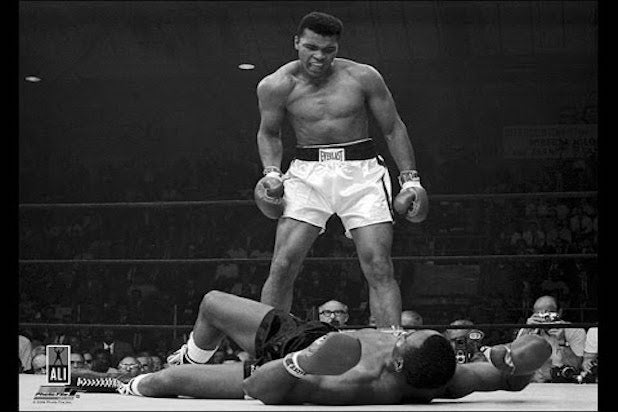 YouTube
Muhammad Ali - "The Greatest" Before Will Smith would portray him in Michael Mann's film, Muhammad Ali played himself in 1977's "The Greatest," charting his life story from competing in the Olympic, changing his name from Cassius Clay, to refusing an army induction during Vietnam. And "The Greatest" rightfully has an impressively great cast for him to work against, including Ernest Borgnine, Robert Duvall and James Earl Jones. 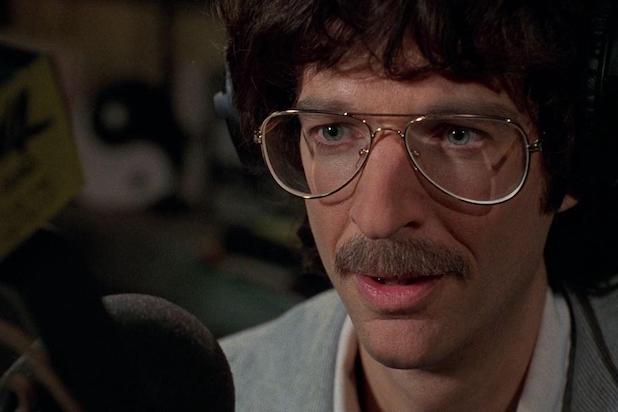 Paramount Pictures
Howard Stern - "Private Parts" Howard Stern became a minor movie star after the success of his biopic "Private Parts," with rumblings that he might even make a return to film. But he was born to play himself, and the biopic based on his memoir was designed to appeal to the crowd that worshipped his smutty on-air antics and those who misunderstood him, resulting in a surprisingly sweet Hollywood success story. 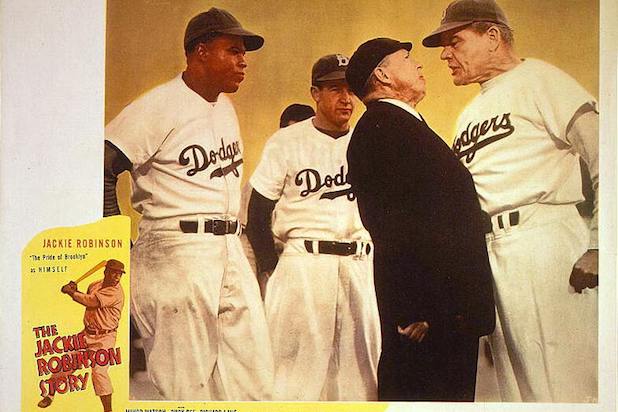 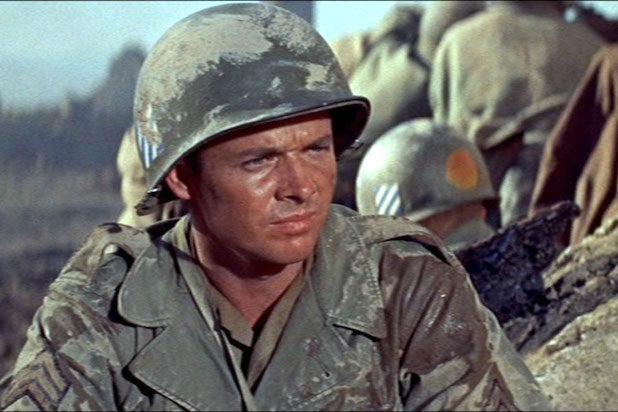 Universal Pictures
Audie Murphy - "To Hell and Back" Audie Murphy was 30 when he played himself between the ages of 17 to 20 in "To Hell and Back," a war movie based on his own autobiography. Murphy was a scrawny, boyish looking soldier who was initially turned down by the Marines and the Navy due to his physique and appearance. But he eventually found a place in the army and became a decorated hero. "To Hell and Back" was a wild commercial success, and unlike Harold Russell, he parlayed that success to a 20+ year career acting in film. 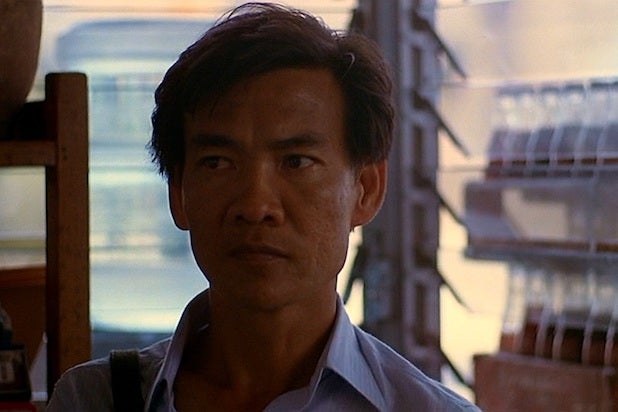 Warner Bros.
Dr. Haing S. Ngor - "The Killing Fields" Haing S. Ngor didn't exactly portray himself in Roland Joffé's "The Killing Fields," but he was a doctor who did live through the Khmer Rouge era that the film depicts. Ngor plays Cambodian journalist Dith Pran, who worked closely with American journalist Sydney Schanberg (Sam Waterston) and helped him to safety after the country fell to communist rule. Ngor became only the second non-actor after Harold Russell to win an Oscar. 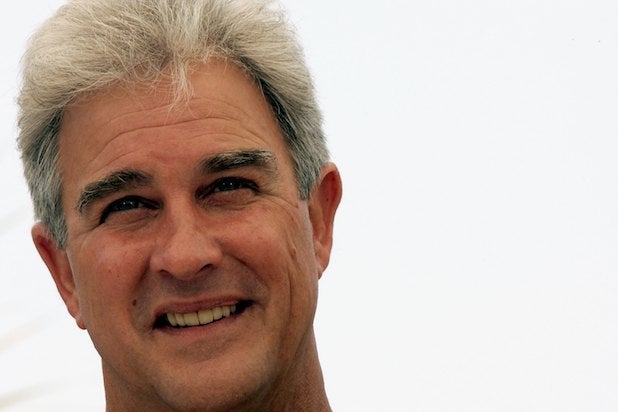 Getty Images
Ben Sliney - "United 93" Paul Greengrass' "United 93" feels incredibly realistic in its use of unknown actors and documentary-style filmmaking. But making it more effective was that Greengrass quietly cast Ben Sliney as himself in the film, an FAA National Operations Manager who gave the order to land every plane on the day of the 9/11 attacks, which also happened to be Sliney's first day on the job. 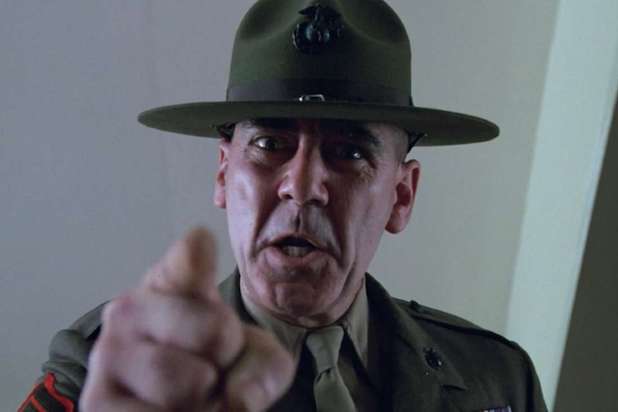 Warner Bros.
R. Lee Ermey - "Full Metal Jacket" R. Lee Ermey served as a drill sergeant during his time in the Marine Corps and was brought on as a technical advisor for Stanley Kubrick's "Full Metal Jacket." But after putting together an instructional video where he went on a tirade on some film extras, Kubrick immediately cast him as the ruthless, barking mad Gunnery Sergeant Hartman in his film. He's played numerous brash roles since his fiery turn, but it's good to know that he once said he's "basically a nice person."
x
Looks like you're enjoying reading