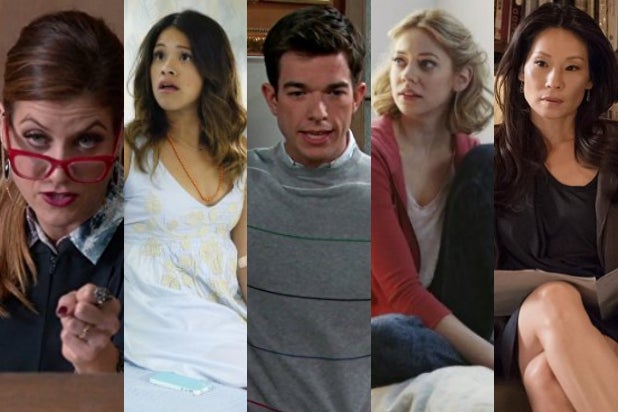 Congratulations, “Forever,” you’re finally at the top of a Nielsen ratings ranker! Unfortunately, it’s just in TheWrap’s very specific study of the lowest-rated shows on network television so far this fall, where the timeless ABC drama tied with NBC’s “Parenthood” and CBS’s’ “CSI” and “Madam Secretary.”

TheWrap scanned CBS, NBC, Fox, ABC and The CW — removing their encore timeslots — to calculate the 50 lowest-rated primetime shows on broadcast TV right now. Due to ties, the study totaled 53.

Ratings on this list are of Nielsen’s “most current” variety from the key 18-49 demographic, which include Live + 7 Day delayed viewing where applicable. The below data encapsulates the first seven weeks of the season, up through Sunday, Nov. 9.

At the very bottom of our list is the old PAX and MyNetworkTV magic show, “Masters of Illusion,” which yielded just a 0.3 rating in its CW iteration. Not surprisingly, that youngest-skewing (and just plain youngest) broadcast network had the bottom seven slots on our rankings.

Fox’s Friday “Utopia” is up one-tenth from those two pigskin telecasts, averaging a 1.0 — the same as CBS’s “48 Hours.” Fox’s second lowest-rated primetime show — and the so-called “Big 4” networks’ lowest-rated scripted offering — “Mulaney,” has a 1.1.

Already-canceled shows on this list include “Utopia,” “A to Z,” “Bad Judge,” “Selfie,” and “Manhattan Love Story.”

It is important to note here that Friday and Saturday series tend to earn lower ratings than their Sunday-Thursday primetime brethren.

Here is the complete list of the best of the worst — so to speak — up top, and the bottom of the barrel at the tail end: