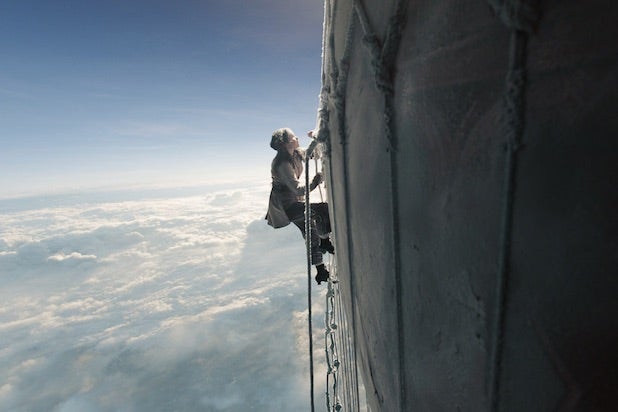 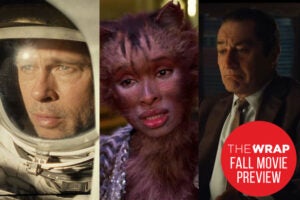 Telluride Film Festival 2019: Starring alongside Eddie Redmayne, Jones plays a woman who is up for anything and ready to, as she says, ”find her seat at the table“

Tom Harper’s “The Aeronauts” serves an important purpose as an aspirational film for young girls who either love science, or whose parents hope they see the movie and understand that women can be just as excited about taking a hero’s journey as any man.

Felicity Jones plays Amelia Wren, a character based loosely on real life aeronaut Sophie Blanchard, who was well-known for embarking on elaborate balloon flights back in the 1800s. Jones teams up with her Oscar winning co-star from “The Theory of Everything,” Eddie Redmayne, who plays James Glaisher, a scientist interested in learning how to predict the weather. He needs to go up in a balloon, she is the best person for the job, and thus begins their adventure.

The film — which Amazon will release — fills between scenes with flashbacks of the characters flying their balloon to great heights, through storms and snow, sometimes catching moments of beauty. Whenever they push themselves too far and too high, they run into problems. It is then left to Wren to save their lives and land them safely on the ground.

Also Read: Eddie Redmayne and Felicity Jones Soar Higher 'Than Anyone Has Ever Been' in 'The Aeronauts' Trailer (Video)

Jones and Redmayne have so much genuine chemistry that one might think this is going to be a love story, but it deliberately isn’t. This is a film about comrades who take flight, endanger their lives and break records. The only passion is their shared passion for exploration. It is an interesting exercise, however, to leave all that good chemistry hanging literally in midair.

The best thing about “The Aeronauts” is how it looks. The production design by David Hindle and Christian Huband is exquisite. Alexandra Byrne’s costumes are lush and brightly colored. The balloon itself is magnificent, as are the vistas and cinematography by George Steele. It is a feast for the eyes from beginning to end, and functions much like a modern-day, live-action fairy tale that celebrates women who once dared to get lifted into the upper atmosphere at a time when they weren’t even allowed to vote.

Redmayne is as good as he always is, but Jones takes it to a higher level as Wren. She, apparently, did much of her own stunt work, including actually riding in dangerous floating hydrogen balloons instead of the less flammable hot air balloons of today. She plays a woman who is up for anything, as smart as her male counterpart, physically and mentally fit to, as she says, “find her seat at the table.”

Even though other women were flying in balloons long before the dawn of atmospheric science, it is still a worthy effort to show more women scientists on film accomplishing astonishing things that most might have never expected to do in real life. It is meant to be a film that inspires young girls and nudges the perspectives of young boys; it soars in the realm of fantasy but is grounded in reality.

If boys can dream of doing great, impossible things — well, so too can girls.