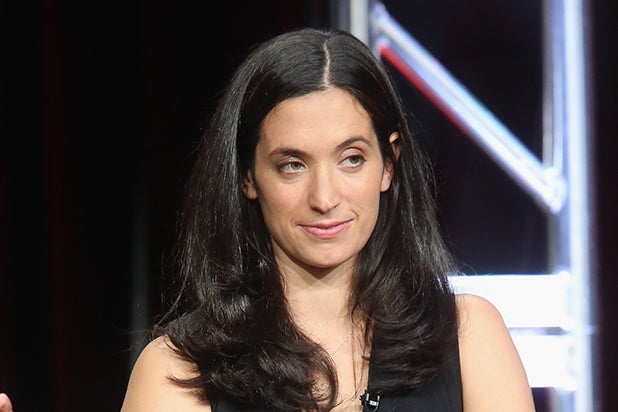 “The Affair” creator Sarah Treem is pushing back on an earlier report characterizing the work environment on the Showtime drama as “toxic” and “hostile.”

In a column for Deadline, Treem compared the situation to the “Rashomon”-style biased perspectives employed by the show itself.

The column comes two days after the Hollywood Reporter report, citing multiple anonymous sources, that Treem and the show’s producers tried to “cajole” actors into performing nude against their expressed wishes on multiple occasions and were further careless in protecting those actors’ privacy on set. According to the report, the situation led to a tension between Treem and series star Ruth Wilson, leading up to her contentious exit from the series after its fourth season.

“Unfortunately, not much of my perspective made it into the [THR] story,” she wrote, “nor the perspectives of many of the half dozen senior level producers, director and other key crew members who spoke up.”

Treem went on to detail the disagreements she had with Wilson over the direction of the character and the frequency of on-screen sex scenes, recounting multiple instances where she and the actress negotiated limits throughout the first season.

“On a continuous basis throughout Ruth’s time on the show, I tried to protect her and shoot sex scenes safely and respectfully,” she wrote.

“We didn’t agree on the choices of the character or whether or not a sex scene was necessary to advance the plot, but that is not the same thing as not respecting or supporting an actress’s need to feel safe in her work environment, which is something I always take incredibly seriously.”

Wilson has not publicly spoken out about the reasons for her exit, but the THR report cited “ongoing frustrations with the nudity required of her, friction with Treem over the direction of her character, and what she ultimately felt was a ‘hostile work environment.'”

“I did not always agree with Ruth Wilson, but I did always have respect for her craft, her ability and her process and I tried to write her a character deserving of her immense talent,” Treem wrote. “I know she’ll continue to tell the story of complex, multi-faceted, remarkable female characters for the rest of her long career. I plan on doing the same.”

Read her full column at Deadline.