The elevator pitch for “The Afterparty” was pretty straightforward. It was everything that came after that got complicated.

“Just murder mystery, where every episode is a different film genre, told in a ‘Rashomon’ kind of style,” Carl Herse, the series’ cinematographer, said in the latest installment of TheWrap’s “How I Did It” video series, sponsored by Apple TV+. “As a cinematographer, it’s like the perfect project to be involved with.”

Co-creator, showrunner and director Chris Miller added that he was excited to juggle a number of different movie styles in the same show.

When an attendee of a high school reunion dies mysteriously, all the guests of the titular afterparty become suspects. Each brings a unique point of view (and genre) to their version of the night’s events. Practically, that meant that certain scenes would be shot multiple times in very different ways.

“There was a scene in a school hallway where Sam Richardson and Zoë Chao run into Ilana Glazer and we see it first as a rom com,” Miller said. “And then we see it a second time from Ilana’s character’s point of view as a thriller. In order to do that, we started the day with the hallway lit.”

“It’s warm, everyone’s in a backlight, everyone’s lit cosmetically and then after wrapping that scene, everyone goes away and we kind of reset the stage so it feels like a thriller,” Herse added. “Suddenly everyone’s in silhouette with strong moonlight coming in through slats and we play more with the shadows.” 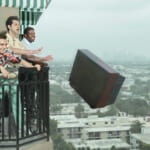 “Part of it was figuring out which versions of each genre was the most visual and had the most you could sink your teeth into, like the teen party movie,” said Herse. “There’s a lot of examples of that but finding one that had a visual style to it, that we could connect with and try to express.”

“The rom-coms — we looked at a lot of the Richard Curtis ones, all the Hugh Grant,” said Miller.

“Anything with Hugh Grant, for sure,” added Herse.

“We did a musical and a lot of discussion was like: Is this a pop musical? Is this a ‘Bye Bye Birdie’ style film of a stage musical? Is this shot like a music video? And we decided to sort of make it our own thing that was inspired by all of those things,” Miller said.

With the genres chosen and the styles refined, all that was needed to make “The Afterparty” sing was meticulous attention to detail and creatives who cared enough about the characters and concept to thrive while doing variations on a theme.

“All the departments really stepped up on the show, where the costumes were slightly different in every episode to accentuate the genre,” Miller said. “In the props, set deck, there were all these different little details that would lead to swapping things out and saying ‘Oh no, he’s got to be wearing his ‘Thriller’ jacket. That’s his musical jacket.'”

The show’s ridiculously deep cast of comedic actors had their own multiplicity challenge. “All these actors are really great,” Miller said. “They have to understand who their character is at its core and then do eight different shades of that character depending on whose story it is. And it can really mess with your mind if you start thinking, ‘Am I playing myself or someone else’s perception of me?'”

Watch the full episode of “How I Did It” in the player above. 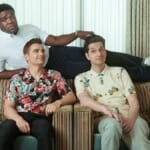