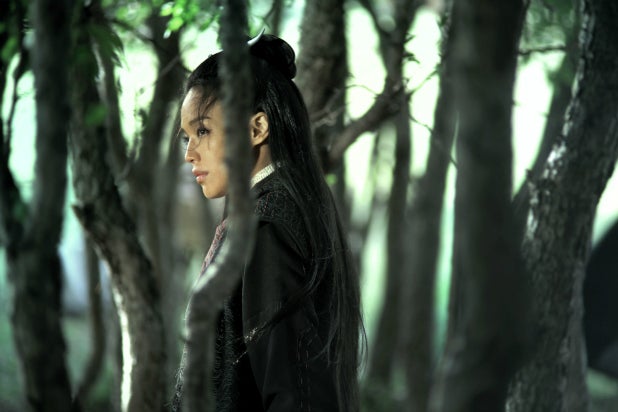 If video stores were still a thing in this day and age, you could imagine customers getting confused over “The Assassin” — after all, a Chinese-language film with that title and whose key art features a weapon-wielding woman immediately calls to mind a certain brand of action movie.

For master filmmaker Hou Hsiao-Hsien — who won Best Director at Cannes for the film that Taiwan is submitting as its Oscar entry this year — the tropes of the wuxia movie (the best known example of which in the U.S. is probably “Crouching Tiger, Hidden Dragon”) are merely the underpinnings for a haunting, enigmatic story of deferred, conflicted vengeance, set in ninth-century China.

In the far-off province of Weibo, which threatens to break free of imperial rule, our heroine Nie Yinniang (Shu Qi, “The Transporter,” Hou’s “Millenium Mambo”) returns to her noble parents after years in training with her aunt, a nun-princess. (There’s a hyphenate you don’t see every day.) This relative has transformed the young woman into a peerless assassin, and wants her niece to kill Weibo’s governor Tian Ji’an (Chang Chen, “The Grandmaster,” “Crouching Tiger”).

Nie Yinniang and Tian Ji’an have a complicated backstory, however: the two were once betrothed, but his subsequent wedding to another woman prompted his jilted fiancée to became a mistress of the martial arts. Hesitant to take Tian Ji’an’s life herself, Nie Yinniang nonetheless aids and abets the personal and political turmoil around him, plaguing him in ways that are quietly subtle yet no less effective. 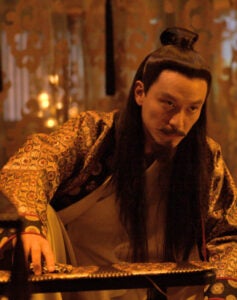 There are indeed a handful of combat scenes in “The Assassin,” and they are gorgeously, if pragmatically, mounted. You don’t get dizzying wire work or swooping camera shots, and the choreography is ruthlessly efficient, but these moments, rare as they are, nonetheless arrive charged with adrenaline.

Hou is more interested in creating a sense of visual poetry, the enigmatic kind that requires audiences to fill in certain narrative blank spaces. (I’ve seen the film more than once and am still a little unclear about who certain supporting characters are and what motivates them, not that it ultimately matters.) Working with his usual cinematographer Mark Lee Ping Bin (who also shot the rapturously gorgeous “In the Mood for Love” and “Norwegian Wood”), Hou creates indelible images, from a whispered conversation in a candle-lit bedroom where lacy curtains billow in and out of the frame to a cliffside perch surrounded by a mountain range that disappears into the clouds over the course of a scene.

This is the sort of filmmaking that demands actors who are as open and communicative with physical gesture as they are with their voices, and Hou’s ensemble is up to the challenge, from the leads down to supporting characters with absolutely no dialogue whatsoever. (That includes a master of dark magic who has the kind of floor-length eyebrows one seems to see only in Chinese-language cinema.)

The score by Giong Lim (“A Touch of Sin”) remains spare and period-sounding — except for one action scene in which it suddenly takes a turn into 1980s action-movie synth territory — and the spare, precise editing from Liao Ching-Sung and Huang Chih-Chia balances Hou’s long takes and the relatively fast-paced action moments with graceful skill.

Hou’s brand of reserve might not be for all audiences, but arthouse admirers of cinematic stillness will find themselves enraptured by this hypnotic tale.