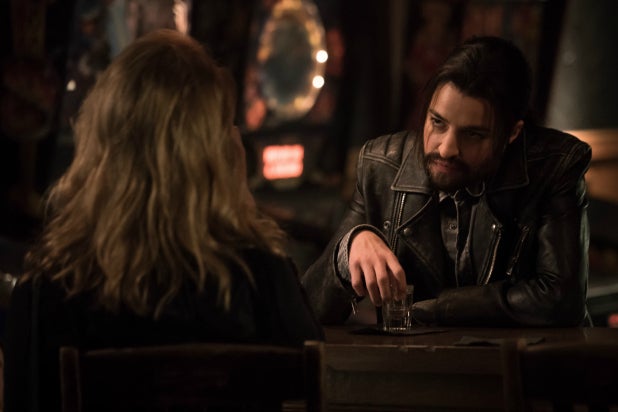 In “The Assignment,” director and co-writer Walter Hill handles the medical and psychological complexities of transgender surgery with all the subtlety and anatomical understanding of Ray Milland’s head being sewn onto Rosey Grier’s body in “The Thing with Two Heads.”

Never mind that the transgender community in this country (and in much of the world) has become a target for hate, with trans individuals more likely to face discrimination, violence and homicide than almost any other segment of the population because of the fear and ignorance promulgated by conservative pundits and politicians: For Hill and co-writer Denis Hamill (“Turk 182!”), gender surgery is just a lurid backdrop for their story of mobsters and revenge, their idea of a little freak-show frisson for their blood-and-guts storytelling.

The 75-year-old Hill doesn’t get a pass for not understanding the basics — despite mad scientist Sigourney Weaver’s third-act assertion that gender is dictated by the mind and not the genitals — and he certainly doesn’t get a pass for the overall shoddiness of “The Assignment,” a film that’s poorly written and haphazardly shot. (Someone inserted comic-book-style transitions in post, in an attempt to underscore the film’s distance from recognizable reality.)

And if you were expecting sterling action from the man behind “48 HRS.,” “The Warriors” and “The Long Riders,” forget it; the shoot-outs are either abrupt or languid, and the pacing lacks any sense of suspense or even menace. And since it’s told in flashback, we pretty much know where the story is going.

We open with Tony Shalhoub as a psychiatrist interviewing a straitjacketed Weaver as Dr. Rachel Jane, who was institutionalized after being judged mentally unfit to face trial for a bloodbath at which she was the only survivor. After brilliant plastic surgeon Dr. Jane was stripped of her medical license (for reasons the film never explains), she started doing back-alley operations, from nose jobs to gender-confirmation surgery (a term the film never uses), as well as hideous experiments on homeless people (which are also never explained).

The only person to whom Dr. Jane was close was her ne’er-do-well brother Sebastian (Adrian Hough, “When Calls the Heart”), and when he is killed by hitman Frank Kitchen (Michelle Rodriguez, in a Halloween-store mustache and beard — more on that in a second), Dr. Jane vows revenge. Via gangster Honest John (Anthony LaPaglia), Dr. Jane arranges for Frank to be captured; when Frank wakes up later, he discovers that the mad doctor has given him a new face, breasts and a vagina, leaving a recorded message that Frank should start over with a new life, leaving the old violence behind.

If the movie thinks that Dr. Jane’s surgery on Frank is in any way “experimental,” that applies only in the sense that when Rodriguez unwraps the bandages, there are no scabs or stitches or swelling — Frank emerges from surgery ready for the cover of Vogue. (Compare this to the lengthy, arduous transformation in “The Skin I Live In,” a somewhat similarly plotted film made by a writer-director with a far better understanding of anatomy, gender and obsession.)

In the closest “The Assignment” gets to understanding that gender is more than just external characteristics, Frank remains Frank on the inside, and he sets out to make Dr. Jane pay for what she’s done.

In the press notes, Hill gives an interview in which he attempts to justify the film’s existence, insisting that this is a revenge story that in no way reflects the reality of trans lives; there’s no reality here, to be sure, but the exploitative nature of the film — not to mention the just plain bad taste on display — doesn’t excuse him from the vile product he’s created. This movie’s idea of being transgressive about gender includes putting Weaver in tailored suits and ties and having a post-op Rodriguez wear a cheap blonde wig and red lipstick so that she looks like a drag queen.

Then of course there’s Rodriguez’s turn as pre-op Frank, including a full frontal scene involving a hairy flat chest and dangling fake appendage. It’s hard to nail down the single most embarrassing moment of “The Assignment,” but this would definitely rank in the top five. (Not that the sloppy cinematography by James Liston is doing any of the actors any favors.)

Hill and Hamill’s screenplay apparently dates back to the 1970s (unsurprising, given its thoroughly outdated state of mind), but even with that lengthy gestation period, it’s still a narrative catastrophe. Flashbacks begin with “three years ago” or “22 months ago” or “18 months ago,” but when we go flashback-to-flashback it’s unclear how those dates stack up next to each other. Dr. Jane quotes Shakespeare and Poe as a way to show off her superior intellect, but her dialogue is so clunky that she rarely comes off as intelligently as she’s supposed to. It doesn’t help that Weaver gives us a by-the-numbers baddie; she was far more gleefully evil in the barely-seen “The Cold Light of Day.”

“The Assignment” is reprehensible, yes, but it’s also dull and inept. Fans of Walter Hill should treat his latest effort like the kind of car crash from which it’s best to avert one’s eyes.