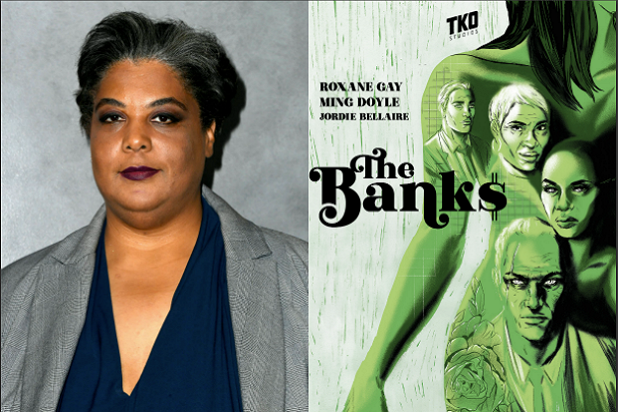 New York Times Bestseller Roxane Gay will adapt the screenplay of her graphic novel “The Banks” for TKO Studios and Macro, the company announced on Wednesday. The graphic novel was written by Gay and drawn by Ming Doyle (“The Kitchen”).

“The Banks” centers on three generations of female master thieves in Chicago who must mend their differences to embark on a heist of a lifetime and avenge a loved one taken too soon.

“I am thrilled to revisit the world of The Banks. Clara, Cora, and Celia Banks are fierce women with compelling stories that will really come alive on the silver screen,” Gay said in a statement to TheWrap. “I am also excited about partnering with TKO Studios, an amazing publisher to create comics with, and MACRO, a company that is a standard bearer for excellence with the films they make.”

Gay is repped by WME and and Ginsburg Daniels.