The first trailer for the Zack Snyder cut of “Justice League” was a big deal, but the biggest moment of the DC FanDome on Saturday had to be the reveal of the very first trailer for Matt Reeves’ “The Batman” starring Robert Pattinson. Everybody’s been playing things very close to the vest with this flick so far, and it feels like we’ve been watching impatiently from afar as we try to wait patiently to see it. So it’s nice that this trailer is out there and we can start to speculate about what we’re gonna get out of this thing when it hits theaters next year.

1. This very much looks like it could be a Christopher Nolan film

Director Matt Reeves doesn’t appear to be deviating too dramatically, at least in terms of aesthetics, from the gritty look Christopher Nolan established for his “Dark Knight” trilogy. Though that’s not to say he’s ripping Nolan off with “The Batman.” It looks kinda like he took Nolan’s aesthetic and ramped up the noir-ishness of it — it’s smokier looking than Nolan films were. Almost like we’re getting the Nolan feel filtered through the lens of the “Gotham” TV show and the Tim Burton films.

And, well, I like all of those things, so that sounds pretty good to me.

2. Pattinson is not doing a scary voice

We didn’t actually hear that much from Batman in this trailer, but when he did speak (“I’m vengeance”) it was in an emphatic whisper. After suffering through Christian Bale’s hilarious growl for three movies, and the truly weird vocal modulation they did to Ben Affleck, it’s nice to once more have a Batman who talks like an actual human being.

3. This is not your usual Riddler

Usually when we think of the Riddler, we think of a cartoonish and garish figure who is super manic and dances around theatrically. Like Jim Carrey in “Batman Forever” or the sort of foppish professorial one from “Batman: The Animated Series.” Paul Dano’s Riddler, on the other hand seems, well, slower. He sounds more restrained, more thoughtful. Which, to be honest, probably makes more sense for a character whose whole thing is mind games. This feels like a Riddler who lets his riddles do the talking.

Jeffrey Wright is an extraordinary actor, and I’m not sure many folks out there would dispute that claim. So it shouldn’t come as any kind of surprise that he slips into the Jim Gordon character so easily. But still. You see him there, working a crime scene, asking Batman if he knows what’s up — just that extremely short clip makes it feel like Jeffrey Wright has being playing Gordon for decades. He just seems so right, no pun intended.

Also Read: 'The Batman': What We Know So Far About Matt Reeves Superhero Movie (Photos) 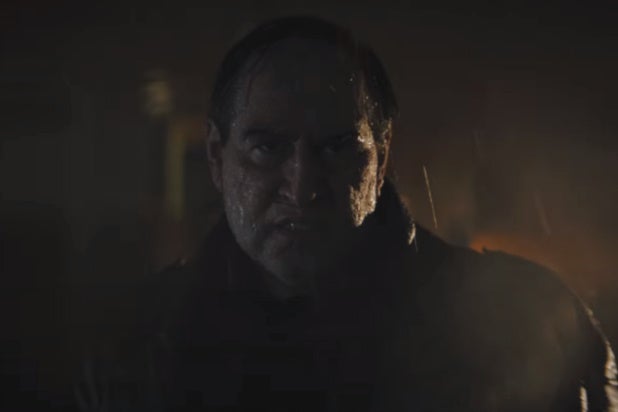 Colin Farrell is an actor who I simply always like seeing show up in things, and I certainly liked seeing him show up here. Farrell, whose performance is augmented by makeup to make him look less hot, looks like he’s delivering a character I wanna see more of. Fortunately, I’m gonna be able to do just that when the film comes out next year.

It’s always nice to see Selina Kyle, especially when we’re being treated to a new performance by Zoe Kravitz at the same time. I don’t have any particular thoughts about this, I was just genuinely excited to see her pop up in the trailer. I’m one of those folks who likes the rogues’ galleries in these films more than Batman, so.