Thomas and Martha Wayne may just be some of the most-killed characters on screen ever. And yes, they’re still killed in “The Batman” — fans just won’t have to watch it happen this time.

Though co-writer/director Matt Reeves’ story of the Caped Crusader will show Bruce Wayne (Robert Pattinson) in early years as Batman — and definitely still haunted by the death of his parents — it appears we won’t be getting the traumatic flashback of Bruce’s life this time. In their latest cover story, EW confirms prior rumblings that “the movie doesn’t show the death of his parents.”

So no, we don’t have to watch Martha Wayne’s pearl necklace clatter to the pavement in slow motion, yet again. And that’s not the only shift away from a typical Batman film. Bruce himself won’t necessarily be the Bruce that fans are used to getting either. 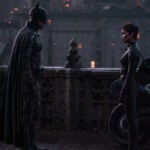 Also Read:
‘The Batman’ Gets March 18 Release Date in China

“The interesting thing about Bruce in this is that he hasn’t really got his playboy persona yet. He’s a freak as Bruce and a freak as Batman,” Pattinson said. “There’s a lot of madness in it. The character is going after a dream that’s completely impossible, and he can’t live his life any other way.”

In fact, most of the characters may not be what fans are expecting. Though the film isn’t totally an origin story for Batman — “The Batman” will focus on Bruce Wayne in his second year as Gotham’s vigilante — it is for some of the villains.

In this movie, Selina Kyle (Zoe Kravitz) hasn’t taken up the name of Catwoman yet, and Oswald Cobblepot (Colin Farrell) isn’t the crime lord, Penguin. Only the Riddler is truly the Riddler; according to Reeves, “the Riddler dubs himself the Riddler in this movie. This character hasn’t existed in the world yet, but he’s presenting himself.”

“The Batman” hits theaters on March 4.