Dan Auerbach, one half of the rock duo The Black Keys, will make his directorial debut on a documentary film about blues icon Dr. John.

The untitled documentary feature comes from RadicalMedia, which just executive produced Questlove’s directorial debut “Summer of Soul” in Hulu. And Auerbach’s film will follow the life of Mac Rebennack, known by his stage name Dr. John, a.k.a. The Night Tripper.

The film will cover the musical revolution in New Orleans in the 1950s and how Dr. John and his bandmates worked around Jim Crow laws, broke the rules, tricked the clubs and protected each other all for the love of music, and examine how New Orleans shaped him as a person and performer. Though he was a white kid raised in a diverse community, Dr. John worked to bring New Orleans’ Voodoo culture to the mainstream along with its music, artistry, rituals and practices. 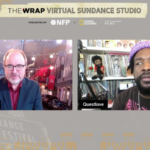 Also Read:
Questlove Was Stunned by the 50-Year-Old Hidden Footage That Inspired ‘Summer of Soul’ (Video)

“I’m thrilled to be partnering with RadicalMedia and Impact Artist Productions to try my hand at directing a documentary feature for the first time and I’m honored to have the subject be my friend Dr. John. He was such a unique individual and a shining example of the great melting pot of American music,” Auerbach said. “From his mysterious voodoo stage persona Dr. John, to his real, humble self Mac Rebannack- the street poet, the family man, the junkie, the Grammy award winner and all that’s in between, this documentary will introduce the world to him in a way they haven’t seen him before. I’m still learning bits about him that I never knew, and I hope the movie provides a lens into the story of the life of Dr. John.”

“Dan’s creative experience with Mac, and his passion for this story truly brings a unique perspective and style to the project,” Doran said in a statement. “We are thrilled to bring this important story to life with Dan at the helm and alongside our partners, Mac’s longtime managers, Ed Gerard and Peter Himberger.”

In 2012, Dan Auerbach produced Dr. John’s album “Locked Down,” which won a Grammy for Best Blues Album. Dr. John was named number 15 on Rolling Stone’s list of the top 50 albums of that year. The album went on to win the 2013 Best Blues Album Grammy. Dr. John passed away in 2019, and Auerbach also spoke to Rolling Stone for an appreciation for the blues star at the time. 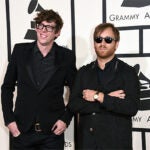